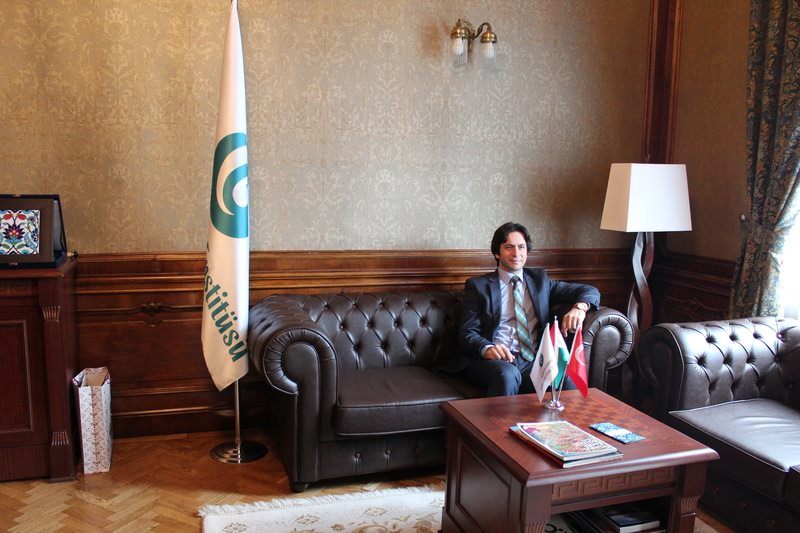 Turkey and Hungary had strong cultural ties in the 20th century, with common history, similarities in their cultures and growing economic relations. Daily Sabah visited two institutions based in Budapest, the Yunus Emre Institute and Hungarian Turan Foundation, which work toward strengthening the countries’ bilateral ties

Turkey and Hungary had strong relations in the last century since the two countries fought on the same side in World War I as part of their predecessor empires. The two countries shared a similar fate after the war since the Austro-Hungarian and Ottoman Empires were split into many nation-states. While Turkey faced a threat of Soviet invasion, Hungary was occupied and its people suffered from several atrocities while a Soviet satellite state in the era of Joseph Stalin. Since the regime changed in 1989, Turkish-Hungarian relations quickly improved as Turkey and Hungary had a common history and cultural similarities. The Turkish Foreign Ministry on its webpage says: "Bilateral relations continue to flourish on the basis of friendship, cooperation and common interests. There are no outstanding political problems between Turkey and Hungary. The accession of Hungary to NATO and the EU has brought a multilateral dimension to Turkish-Hungarian relations. Indeed, Hungarian aspiration to become a member of NATO was strongly supported by Turkey. Hungary, which became an EU member in May 2004, likewise supports Turkey's EU membership." Besides the current issues, occupying the two countries' agendas, another notable similarity is that the predecessors of some Turks and Hungarians could both possibly have been tribes in the Hunnic Empire. Although the two fought each other throughout history, they have always considered themselves to be relatives. It is not surprising to see the stress on "Turkishness" in people's minds, in politicians' speeches and even on the streets. Many statues of Huns decorate the most beautiful and touristy squares in Hungarian cities.

Besides cultural ties, economic relations have also been growing. "In the economic and commercial domains, relations are also developing between the two countries, yet they still do not reflect the true potential the two economies have. The bilateral trade volume reached $1.879 billion in 2013. [Turkey's exports reached $652 million, while its imports amounted to $1.227 billion in 2013] Both sides have the will to further enhance economic cooperation and aim to bring the bilateral trade volume to $5 billion as of 2015," the Turkish Foreign Ministry says on its webpage.

The Yunus Emre Institute is one of the institutions present in Hungary's capital Budapest to improve bilateral relations through organizing cultural events and teaching the Turkish language. The Yunus Emre Institute, which takes its name from the famous Turkish Sufi poet, was established in 2009 and operates in 34 countries. Yakup Gül, the head of the Yunus Emre Institute in Budapest, said to Daily Sabah: "Hungary and Turkey are two strong partners and respect each other. Hungarian officials ask us why the institute was late to come here. People here want to learn more about Turkey. There is a growing interest in Turkish." At the institute the Daily Sabah team saw many Hungarians learning Turkish. "According to recently signed cultural agreements, Hungarians opened an institute in Turkey. They are teaching Hungarian in Istanbul and we are teaching Turkish here. We are warmly welcomed in Hungary," Gül said. In response to whether the Yunus Emre Institute has a political agenda, Gül said: "We have no political goal. We are not part of politics. But we have good relations with everyone, including members of different political parties and civil society organizations."

Gül and other workers at the institute said Turkish soap operas have been very effective for attracting people to the Turkish language. Especially those with historical themes have affected Hungarians with whom Turks lived for more than 150 years in the era of Süleyman the Magnificent. Another important point for the Turkish language in Hungary is that many universities have reputable Turkology departments. "We have more than 100 students and we give them certificates after completing the course. Besides teaching Turkish, we introduce Turkish culture to the people by organizing several events," Gül said.

As a sign of friendship, the Hungarian government approved the sale of an architecturally amazing building that was built by one of the most famous Hungarian architects, Janos Babula, as a mansion for himself in 1882. The building is on UNESCO's world historical sites.
Last Update: Oct 05, 2015 2:26 pm
RELATED TOPICS