Hungarian Turan Foundation works as a bridge between Turkey and Hungary 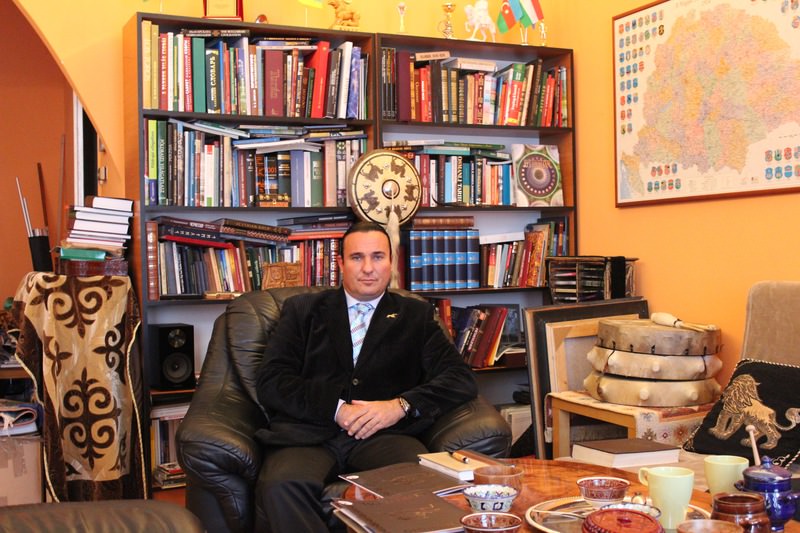 by Yusuf Selman İnanç
Oct 05, 2015 12:00 am
Turkey and Hungary had strong relations in the last century since the two countries fought on the same side in World War I as part of their predecessor empires. The two countries shared a similar fate after the war since the Austro-Hungarian and Ottoman Empires were split into many nation-states. While Turkey faced a threat of Soviet invasion, Hungary was occupied and its people suffered from several atrocities while a Soviet satellite state in the era of Joseph Stalin. Since the regime changed in 1989, Turkish-Hungarian relations quickly improved as Turkey and Hungary had a common history and cultural similarities. The Turkish Foreign Ministry on its webpage says: "Bilateral relations continue to flourish on the basis of friendship, cooperation and common interests. There are no outstanding political problems between Turkey and Hungary. The accession of Hungary to NATO and the EU has brought a multilateral dimension to Turkish-Hungarian relations. Indeed, Hungarian aspiration to become a member of NATO was strongly supported by Turkey. Hungary, which became an EU member in May 2004, likewise supports Turkey's EU membership." Besides the current issues, occupying the two countries' agendas, another notable similarity is that the predecessors of some Turks and Hungarians could both possibly have been tribes in the Hunnic Empire. Although the two fought each other throughout history, they have always considered themselves to be relatives. It is not surprising to see the stress on "Turkishness" in people's minds, in politicians' speeches and even on the streets. Many statues of Huns decorate the most beautiful and touristy squares in Hungarian cities.

Besides cultural ties, economic relations have also been growing. "In the economic and commercial domains, relations are also developing between the two countries, yet they still do not reflect the true potential the two economies have. The bilateral trade volume reached $1.879 billion in 2013. [Turkey's exports reached $652 million, while its imports amounted to $1.227 billion in 2013] Both sides have the will to further enhance economic cooperation and aim to bring the bilateral trade volume to $5 billion as of 2015," the Turkish Foreign Ministry says on its webpage.

The Hungarian Turan Foundation is one the institutes that has very close links to Turkey. The foundation has academicians and researchers who conduct historical and anthropological studies on the Turkic world. It was founded in 2009 to focus on scientific study. The members generally study the Turkic world and seek to answer in more detail how Turkic people used to live, which routes they used while coming West, which tribes used to exist and which are related to one other. Another point that the foundation focuses on is the protection of ancient Turkic customs. Hungary is one of the most successful countries in archery in terms of use and production. The foundation aims to increase the capacity of the country not only in archery, but also in riding horse, traditional handcrafts, making traditional tents and folk music.

The foundation cooperates with several universities around the world, is funded by donations and gets support from members of different political parties. Every year with the attendance of hundreds of organizations from every part of the Turkic world, including Turkey, a "kurultay" is organized under the leadership of the Hungarian Turan Foundation. During the kurultay, which means "gathering" in Turkish, members of Turkic peoples come together, show traditional arts and find a chance to meet each other. The foundation cooperates with several organizations in Turkey and the kurultay is supported by the Turkish Cooperation and Coordination Agency (TİKA). Andras Zsolt Biro, the head of the foundation, told Daily Sabah they were quite happy to be in contact and solidarity with Turks. "We must never forget due to the religious and political differences that we are relatives," he said. After telling Daily Sabah of their activities "we do not have any political motivation. We obviously support the governments across the Turkic world, which have respect for the history. But our main goal is to discover the past. There are archeologists, anthropologist, historians and so many other researchers from different disciplines and we are working to produce academic output," Andras said.