France's Corsica: from 'isle of beauty' to 'isle of trash' 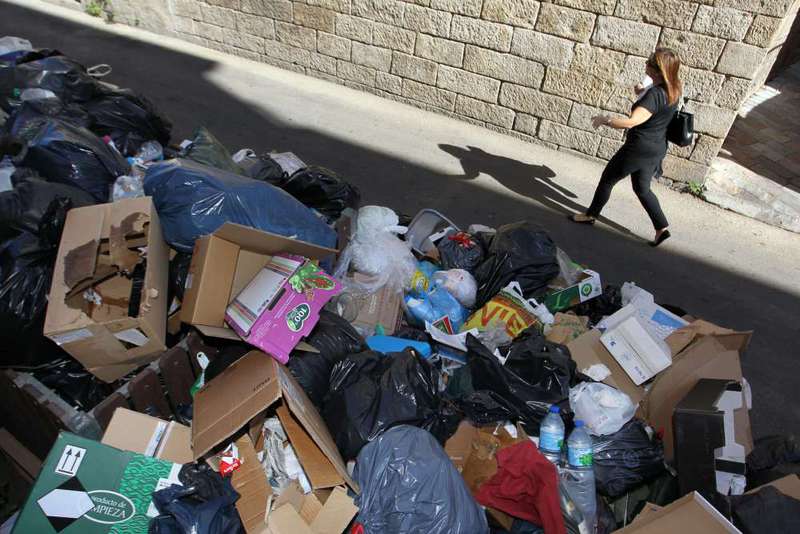 by French Press Agency - AFP
Oct 13, 2015 12:00 am
Corsica, often referred to as France's lush and feisty Mediterranean "isle of beauty," holds another nickname: the "scented isle" for its dense fragrant shrubs. Lately the moniker has taken on a tongue-in-cheek twist as the island now faces a massive garbage problem.

The crisis jettisoned Corsica back into French news headlines thanks to overflowing landfills and malodorous garbage left by the hordes of tourists who flock to the Mediterranean jewel known for its vast sandy beaches, mountain vistas and rare animal and plant life.

Residents and tourists produce more than 300,000 tons of trash annually on Corsica, or the equivalent of more than 100,000 cars. Landfills are reaching full capacity. Rampant construction on the island also begets vast amounts of waste. The rubbish problem got so bad that a union shut the landfills and halted rubbish collections before finally agreed to return to work late last month. A burgeoning population contributes to the growing garbage piles, with around 4,000 new residents arriving each year – adding to the 310,000 inhabitants already on the island.

It is not uncommon to see garbage bags in coastal nature reserves, and piled up after mobile homes come through. The crisis of overflowing bins is largely blamed on foreign holidaymakers. During the peak tourist season, the population increases by tenfold, and around 20 percent of those tourists are foreigners.

Several hikers have been fined for leaving trash on trails, particularly on the popular GR20 – which crosses Corsica diagonally north to south and is considered one of Europe's most beautiful mountain trails – frequented by thousands of tourists every year, according to Michel Acquaviva, head of parks on the island. Acquaviva said that some of the foreign tourists may feel "intoxicated by a smell of freedom" on the island and dispose of their waste without thinking of the consequences. But that "smell of freedom" is quickly wearing off.

Some landfills, already saturated with rubbish from surrounding neighborhoods, are refusing to take waste from other regions. France's Environment Minister Segolene Royal has called for action and urged for more regulation, calling the waste problem "particularly critical on Corsica."

Only around 20 percent of Corsica's waste is recycled, which is close to the national average but well below countries like Germany (47 percent) and Slovenia (55 percent), according to EU's statistics agency Eurostat. This is primarily because waste is not sorted – so people end up tossing everything into the same bin, and it ends up in the same place. Some towns are taking the issue into their own hands. The small village of Girolata, on the western coast of Corsica, recycles around 80 percent of its rubbish, thanks to an efficient sorting system. The town's program works so well that it attracts official delegations, inspired by its waste management model.

According to Mayor Francois Alfonsi, Girolata has invested 350,000 euros (HK397,000) in waste sorting and treatment. Royal said Corsica could dramatically reduce its waste by sorting at the source. That means sorting out plastics, glass and paper before waste goes to the landfill. Royal also supported a waste treatment facility for Corsica, a move that some environmentalists have criticized. "How can Ms. Royal denounce mechanical biological treatment in Paris and defend it here?" said the spokeswoman of the collective against incineration in Corsica, Marie-Dominique Loye.