Pregnant Muslim woman subjected to ‘ISIS b****s’ rant: No one helped me 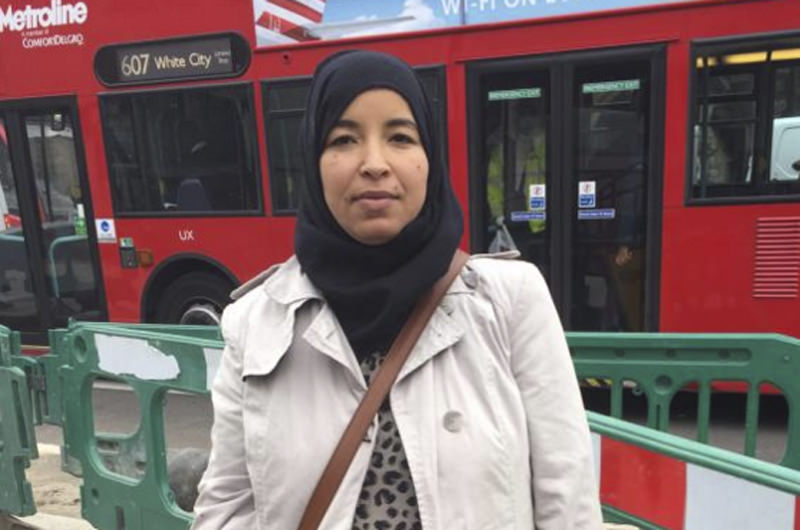 by daily sabah
Oct 19, 2015 12:00 am
A pregnant Muslim woman who was targeted in an Islamophobic rant on a West London bus, expressed her shock that no one stood up for her during the racist assault in an interview with the UK's London-based newspaper the Evening Standard.

The 34-year-old pregnant woman, who was asked to be identified under the nickname Umm Lina, said that she was travelling with her 52-year-old mother and three-year-old daughter onboard the 206 bus in Brent, north-west London on the day of the incident, October 13.

Lina said that she was "scared and anxious" throughout the rant and although it was clear as day that she couldn't understand a thing, she was appalled that 'no one in the packed bus stood up for her and her family'.

A video of the incident, which was shot by a fellow passenger, shows a Black woman with a baby stroller shouting and swearing at Lina and another Muslim woman wearing a hijab as well.

In the video, the woman abuses the two French-speaking Muslim women and is heard saying "Talk your f***ing language. Carry on laughing. With your bombs hiding underneath your clothes," while recurrently calling the two Muslim women "ISIS b*****s", as reported by UK's Standard.

The woman continues her taunt by saying that they have "no f***ing manners" and tells them to go back to their "f***ing country where they're bombing every day."

The video of the incident was viewed more than 750,000 times before it was taken down from Facebook.
Moroccan-born Lina moved to Italy when she was nine and came to the UK in April to be with her family during her pregnancy.

The UK's Daily Mail also reported that the Metropolitan police arrested a 36-year-old woman from the Willesden area on October 17 on suspicion of "a racially-aggravated public order offence in connection with the incident on the bus".

A Scotland Yard (headquarters of the Metropolitan Police Service) spokesman said that the investigation of the video footage which shows "the racist incident taking place on a Route 206 bus at around 10.30am on Tuesday, 13 October" and enquiries are still continuing.