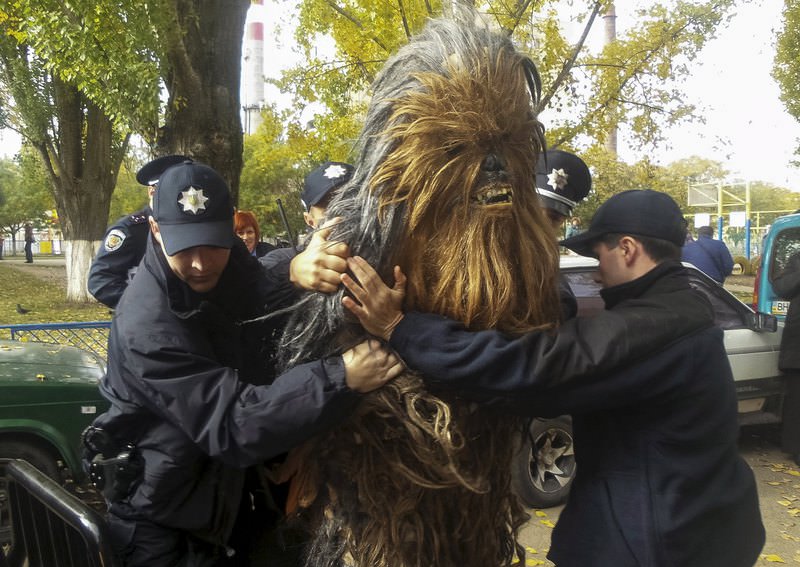 Policemen detain a person dressed as Star Wars character Chewbacca during a regional election near a polling station in Odessa, Ukraine, October 25, 2015. (REUTERS Photo)
by French Press Agency - AFP Oct 26, 2015 12:00 am
After the Jedi Master Yoda and Princess Amidala had tried their luck but failed in last year's parliamentary poll in full costume, this year it was up to Darth Vader,the Dark lord himself, and 'Chewie' to represent Ukraine in the local polls.

A man dressed as Star Wars character Chewbacca was detained and fined for disobeying police,while Darth Vader was banned from casting a ballot ever again on Sunday.

The Wookiee warrior -- an activist from a marginal political party -- was apprehended by police in the southwestern city of Odessa after refusing to present his ID as he posed alongside children near a polling station, a local court said.

Video footage from the arrest showed a growling Chewbacca resisting four law enforcement officers, who were forced to pin him down on the hood of a van to handcuff him. 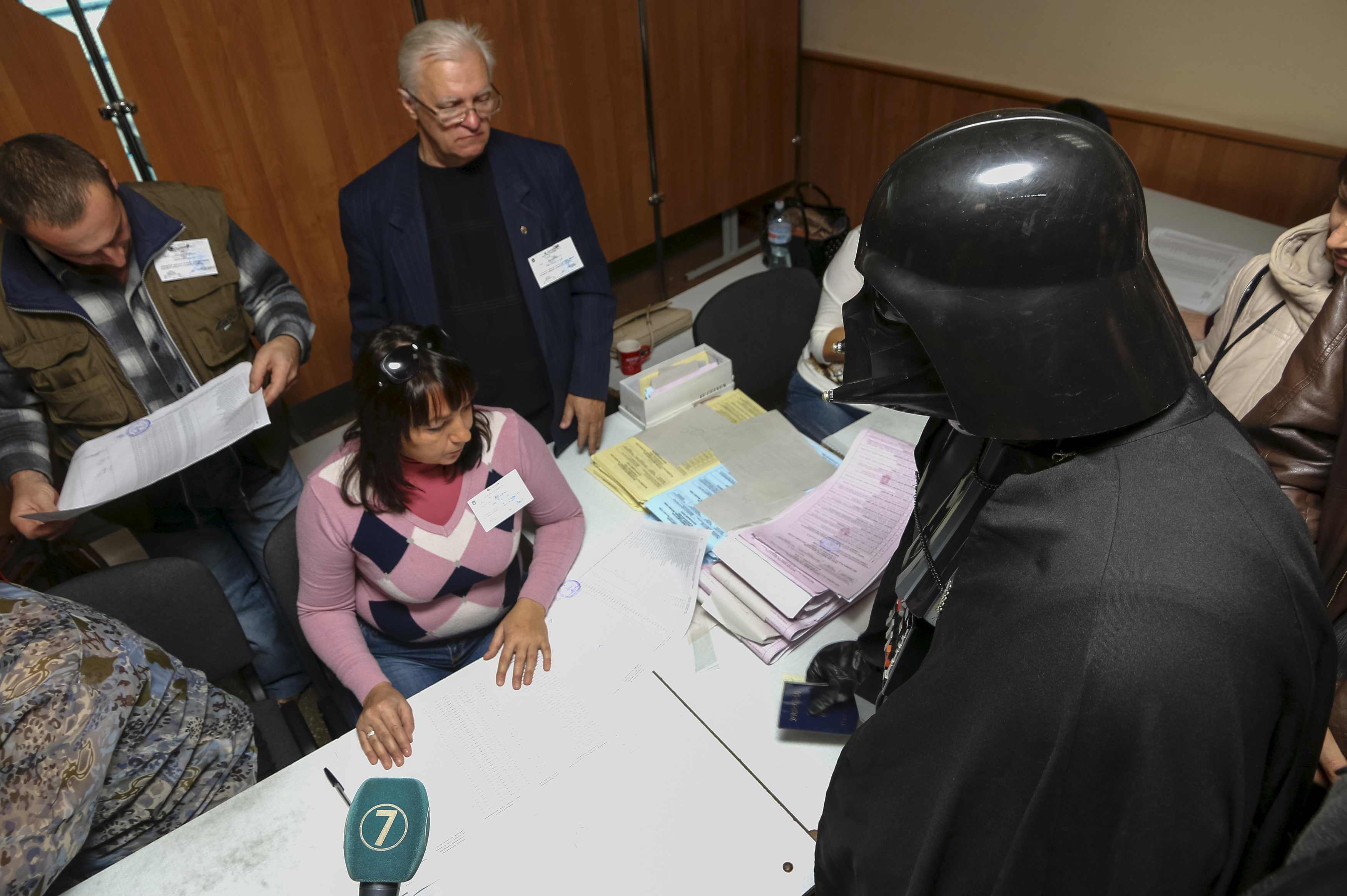 Chewbacca had reportedly driven a candidate dressed as Darth Vader to the polling station and later told local media he could not pay the fine because his "intergalactic bank" did not have a branch on Earth.

Another candidate -- posing as Sheev Palpatine, the Emperor of the Galactic Empire -- was elected to the Odessa city council.

Many of these offbeat candidates represent the tiny Pirate Party of Ukraine -- one of more than 40 groups that have sprung up worldwide in defence of Internet freedoms and limits on copyright laws.

Last week, a Soviet-era statue of Lenin was transformed into one of Darth Vader in the city, an homage to the oddly prominent figure in local politics.