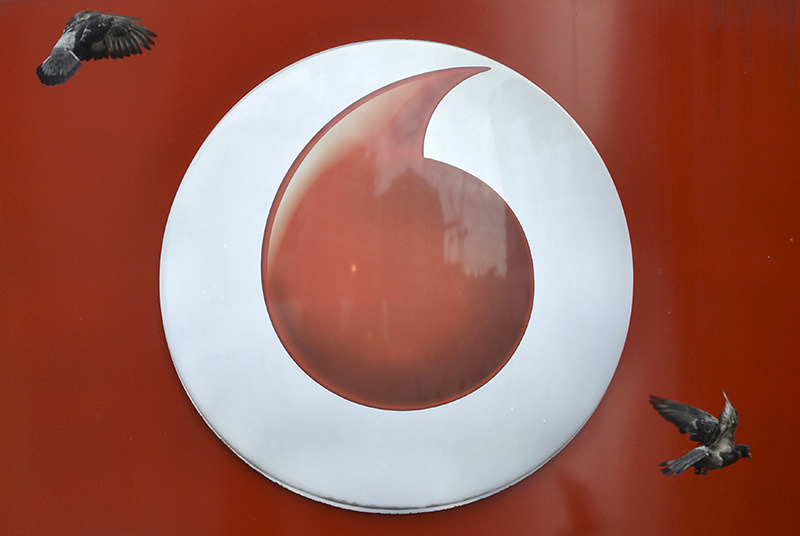 Pigeons fly past Vodafone branding outside a retail store in London November 12, 2013 (Reuters Photo)
by French Press Agency - AFP Oct 31, 2015 12:00 am
Hackers have accessed the personal details of nearly 2,000 customers of mobile phone company Vodafone in Britain, it announced Saturday.

The firm, which has nearly 20 million customers in Britain, said that 1,827 accounts had been breached.

The incident may have led to hackers being able to access Vodafone customers' names, mobile phone numbers and limited bank account details.
The news comes a week after another British telecoms company, Talk Talk, faced a major hacking attack on its website in which nearly 21,000 bank account numbers and sort codes were accessed.

Three people have been arrested in connection with that incident.

A Vodafone spokesman said that "only a handful of customers have been subject to any attempts to use this data for fraudulent activity on their Vodafone accounts."

"The information obtained by the criminals cannot be used directly to access customers' bank accounts. However, this information does leave these 1,827 customers open to fraud and might also leave them open to phishing attempts" the spokesman added. The so-called "phishing" scam involves hackers sending bogus messages to trick people into divulging their data.

Vodafone added that the accounts of customers affected had been blocked and they were being now contacted directly.
Last Update: Nov 02, 2015 1:14 am
RELATED TOPICS