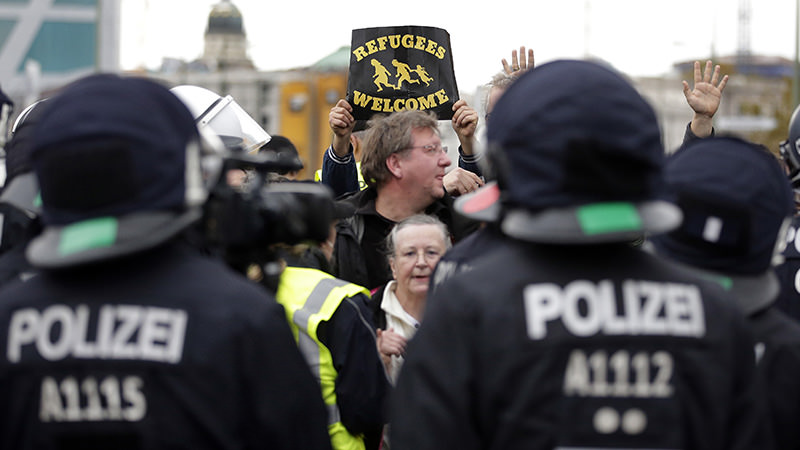 Police officers stand in front of people who try to stop a protest rally of the anti-immigrant German party AfD' (Alternative for Germany) in Berlin, Nov. 7, 2015 (AP Photo)
by Nov 07, 2015 12:00 am
Police clashed Saturday with activists who took to the streets of Berlin to shout down anti-migrant marchers of the populist-nationalist Alternative for Germany (AfD).

At least 10 supporters of the migrants were arrested, an AFP journalist at the scene said.

Police said an officer was lightly wounded in the brawl.

Police said some 3,500 people turned out for the anti-migrant protest, which gathered under the banner "Asylum Has Its Limits — Red Card for Merkel".

Organizers had expected a turnout of up to 5,000.

Five counter-protests in support of migrants were planned Saturday in Berlin, with an expected turnout of 7,000.

AfD is a main critic of the top European economy's open-door policy under Chancellor Angela Merkel towards refugees fleeing war and persecution.