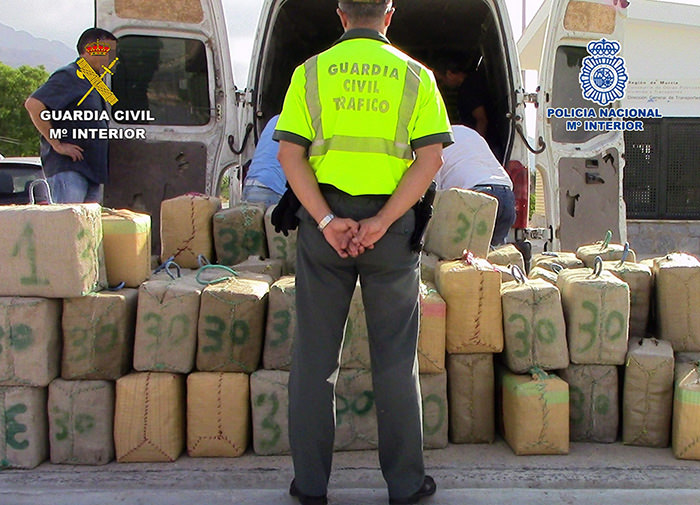 A statement Monday says an investigation began when police agents learned that a crime group smuggled in a large amount of drugs into Spain from Morocco, landing on the coast near the Atlantic port city of Cadiz.

Soon afterward, police found four vehicles including a Porsche Cayenne and two four-wheel-drive BMWs with tinted windows that were stacked full of large parcels of drugs, including on all the passenger seats.