France's Hollande ask Germany for 'all information' on reported spying 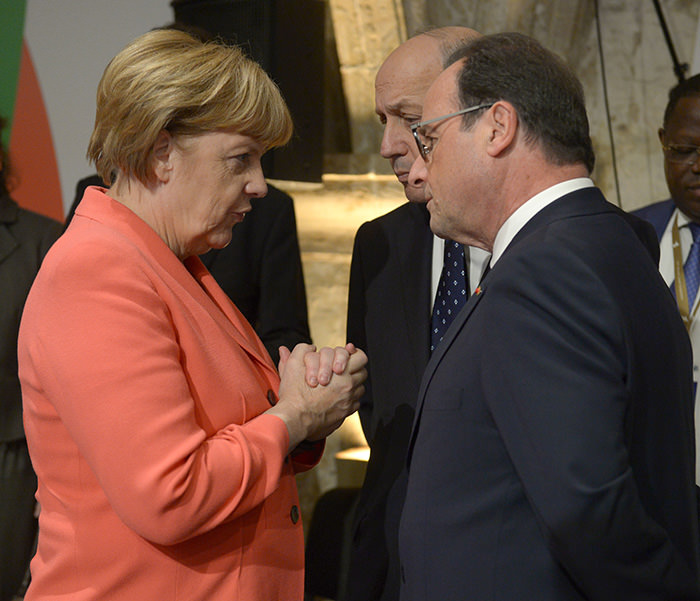 by French Press Agency - AFP
Nov 12, 2015 12:00 am
French President Francois Hollande called Thursday for Berlin to supply all the information it had after reports Germany's foreign intelligence service spied on Foreign Minister Laurent Fabius, saying it was not the kind of behavior he expected between friendly countries.

"We ask that all the information be given to us," Hollande said on the sidelines of a migration summit in Malta.

"These kind of practices should not go on between allies.
"I know that the chancellery will do everything it can to explain the circumstances to us in detail."

Hollande said he had been assured that such spying "had completely stopped" but wanted to see "see the proof".

The claims on Berlin public radio that the BND spy service had listened in on Fabius fuels an ongoing debate in Germany about state surveillance which was triggered by revelations from fugitive US intelligence contractor Edward Snowden.

The reports are awkward for Chancellor Angela Merkel, whose office oversees Germany's intelligence activities, who in 2013 angrily told Washington that "spying among friends isn't on" after reports the US National Security Agency (NSA) had bugged her cellphone.
Last Update: Nov 12, 2015 3:11 pm