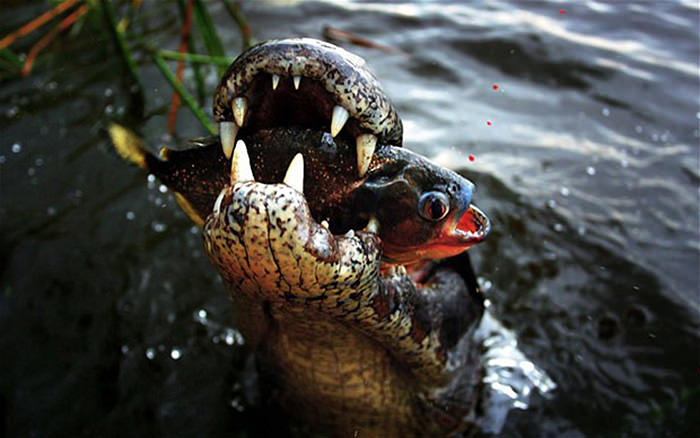 by Anadolu Agency Nov 12, 2015 12:00 am
Captain Hook can breathe again; a crocodile-staffed penal colony may no longer be in the offing.

A plan by the head of Indonesia's drug agency to man the waters of an isolated prison island with the reptiles may not have been as serious as it first sounded, according to the country's coordinating minister for political, legal and human rights.

On Sunday, National Narcotics Agency head Budi Waseso raised eyebrows worldwide when he said he would soon travel to North Sumatra in search of crocodiles to help guard a proposed prison-island facility for drug offenders.

"We will place as many crocodiles as we can there. I will search for the most ferocious type of crocodile... You can't bribe crocodiles. You can't convince them to let inmates escape," he was quoted as saying by Tempo.co news portal.

Given Indonesia's attitude to drug smuggling -- in April, despite worldwide pleas and condemnation, it shot eight drug convicts, seven of them foreign nationals -- the idea did fit in with President Joko Widodo's stance that drug offenders must face the death penalty.

"If a drug dealer was to be mauled by crocodiles, it is not a human rights violation, unlike if the person was shot and killed by authorities, as we can be blamed for violating human rights," Waseso told the Jakarta Post.

Widodo has often claimed that Indonesia is facing a "national emergency" due to rising narcotics use.

Waseso had added that he was planning to visit Papua and Sulawesi islands to hunt down the most ferocious reptiles he could find.

Panjaitan told Fairfax that while the plan for crocodiles might be a "joke", Indonesia was, however, still searching for suitable remote locations to build drug offender prisons.
Last Update: Nov 12, 2015 3:37 pm
RELATED TOPICS