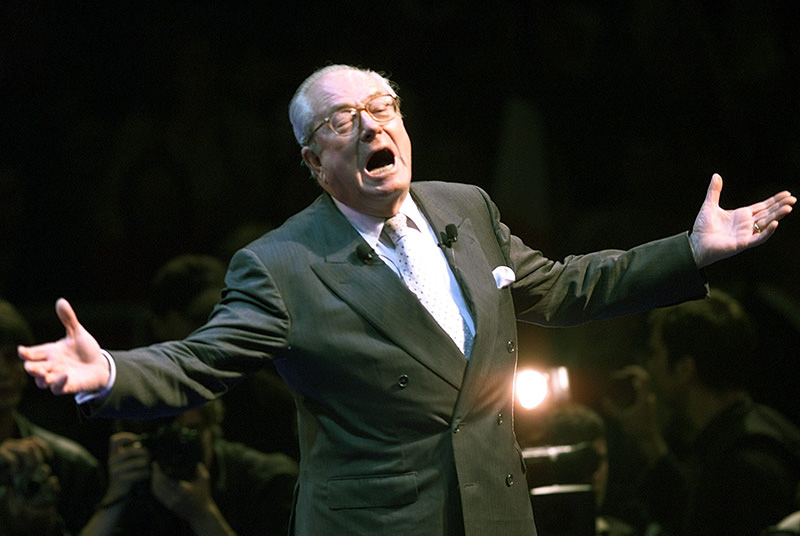 Le Pen released a written statement against the raid that said, "There aren't enough police to trace the terrorists, however there enough police officers to search Le Pen's house." The statement also said that the allegations are false and the raid was conducted illegally. Le Pen's premises were raided previously on Nov. 4.

A report by Anadolu Agency stated that the investigation launched by French prosecutors in June discovered information about a bank account in off-shore haven the British Virgin Islands, which is linked with another account in Geneva being administered by Le Pen's personal assistant.

Sources on the investigation said that the account was closed last year and its assets were transferred to another account in the Bahamas.
The assets in the Geneva account are worth more than 2 million euros, according to French media.

Le Pen, the founder and former honorary chairman of right-wing National Front (FN) party currently chaired by his daughter Marine, has a reputation for his xenophobic, Islamophobic, anti-Semitic and homophobic remarks. His Holocaust remarks, along with leadership issues, led to his expulsion from the FN in May 2015, which he chaired for 29 years. Although a court decision ruled in favor of his return to the party, the FN again expelled him in a party congress in August.

By toning down his rhetoric on controversial issues, the FN is looking for the chance to increase its votes to address a larger portion of society amid the rising trend of European right-wing sentiments against the massive refugee influx to the continent. A study showed that 94 percent of its members support this new stance.
Last Update: Nov 18, 2015 5:36 pm
RELATED TOPICS