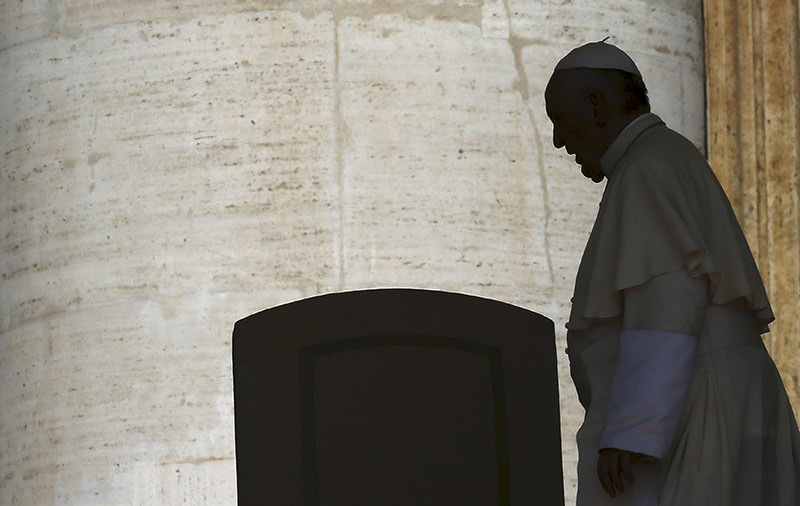 Pope Francis arrives to lead his Wednesday general audience in Saint Peter's square at the Vatican in this June 10, 2015 (Reuters Photo)
by Nov 21, 2015 12:00 am
The Vatican is to sue five people, including two investigative journalists, in connection with the recent VatiLeaks 2 scandal the Ansa news agency reported on Saturday.

The Catholic Church accuses the five of publishing confidential documents and information. If found guilty, they could face between four and eight years in prison.

Among the accused are journalists Gianluigi Nuzzi and Emiliano Fittipaldi, who have published books on Catholic Church scandals based on leaked documents. In particular, they have accused the church of irresponsibly wasting the money of its faithful.

The news follows the arrest of the former secretary of the Vatican's economic commission, Cosea, several days ago. According to Ansa, Lucio Vallejo Balda is among the five facing trial.

The other two are said to be Cosea adviser Francesca Chaouqui, who was briefly arrested earlier this month, as well as another Cosea employee.

The Vatican is a sovereign state with its own judicial system.
Last Update: Nov 21, 2015 3:15 pm
RELATED TOPICS