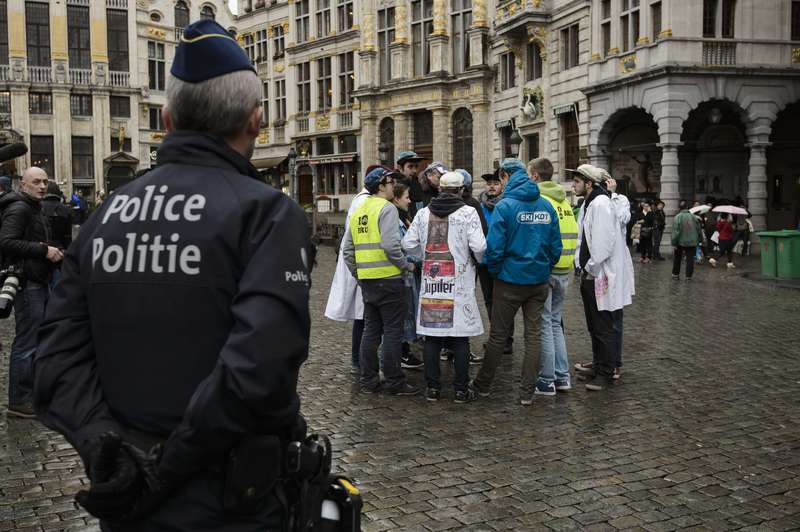 To inform its readers about the officials' requests, the newspaper sent three more tweets from its official account.

"The police demands that no more information be given from now on," Le Soir said.

In another tweet, the daily added that the crisis desk in Belgium calls for calm.

Explaining its decision to suspend information flow, the newspaper said that it has ended making news about the terror threat and anti-terror operations to facilitate the carrying-out of the current ops in Bruxelles.

The Belgian capital was locked down for a second day on Sunday with police and troops on the streets as the authorities hunted for several suspects linked to the Paris attacks.

Belgian officials decided on Sunday to extend the security alert in Brussels, imposed over fears DAESH terrorists were plotting similar strikes to the attacks in Paris that left 130 people dead on Nov. 13. The city's metro system and public buildings were closed on Saturday, with shops and restaurants following suit after the terror alert was raised to the highest level of four because of what officials said was an "imminent threat."

Upon the decision, public schools, universities and metro lines will be locked down on Monday too. The terror alert level for Bruxelles stays at four, while for the rest of the country it was decided to be at three.