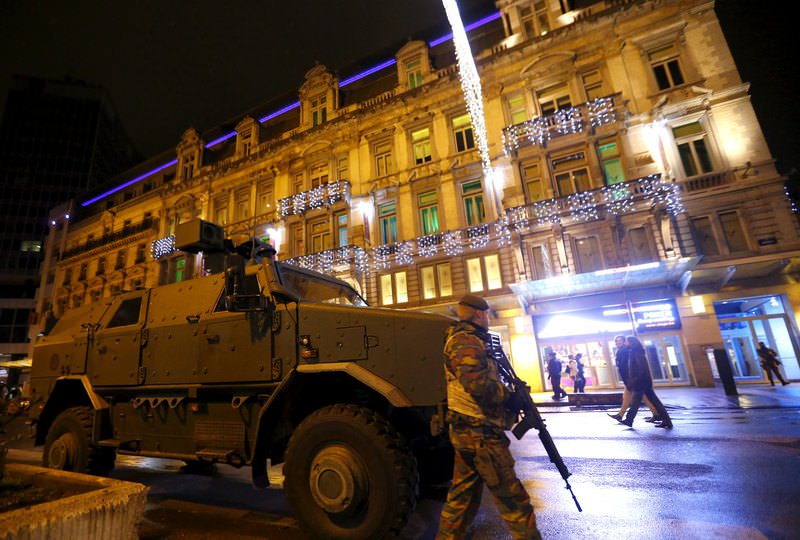 by Nov 22, 2015 12:00 am
The city of Brussels will remain at Belgium's highest level of terrorism alert following a decision made by the Belgian national security council, said Prime Minister Charles Michel Sunday.

The decision came as police continued a manhunt for two suspected terrorists wanted in connection with the November 13 Paris terrorist attacks.

The city has been on a maximum terror alert since Saturday.

Although no information has been released about specific attacks, nor about leads in the hunt, the city remains on high alert. Workers at a broadcasting company near Brussels had to evacuate their offices earlier after a bomb threat that turned out to be false, reported police.

Multiple suspects connected to the bombings and shootings in Paris, which killed 130 people and left 352 injured, had ties to the Belgian capital. For more than a week, police in Brussels have been searching for Salah Abdeslam, the brother of one of the Paris suicide bombers.

Abdeslam, who lives in the Brussels district of Molenbeek, is suspected of involvement in the Paris attacks before returning to the Belgian capital.

The city suspended service on the underground rail network Saturday. The metro is due to be out of service until Monday at least as a "precautionary measure," according to the website of transport operator Stib.

Buses, trams and trains continued to provide service in Brussels, with authorities intensifying their checks on passengers.

Extra security was also reported at the nation's airports and train stations.

Outside of Brussels, the rest of the country was put on terrorist threat Level 3, which means "a possible and likely" threat.
Last Update: Nov 22, 2015 9:51 pm
RELATED TOPICS