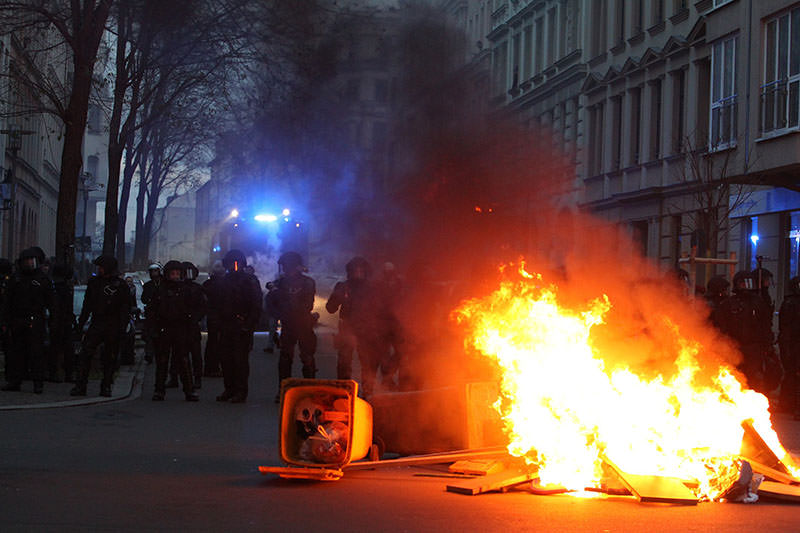 Police officers stand by burning containers as they face leftist group members who were demonstrating against a rally of anti-immigrant group on Dec 12, 2015 in Leipzig, Germany (AFP photo)
by Dec 13, 2015 12:00 am
Police in the eastern German city of Leipzig said 69 officers were injured and 50 of its vehicles were damaged during a weekend riot that erupted when leftist protesters turned violent while protesting a right-wing demonstration occurring elsewhere in the city. 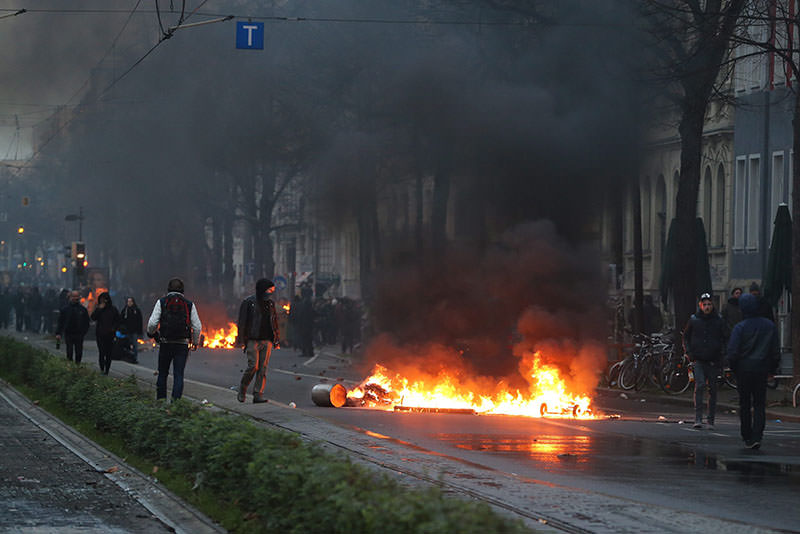 Police had used water cannon and tear gas to quell the riot, which erupted from a crowd of around 1,000 counter-demonstrators. 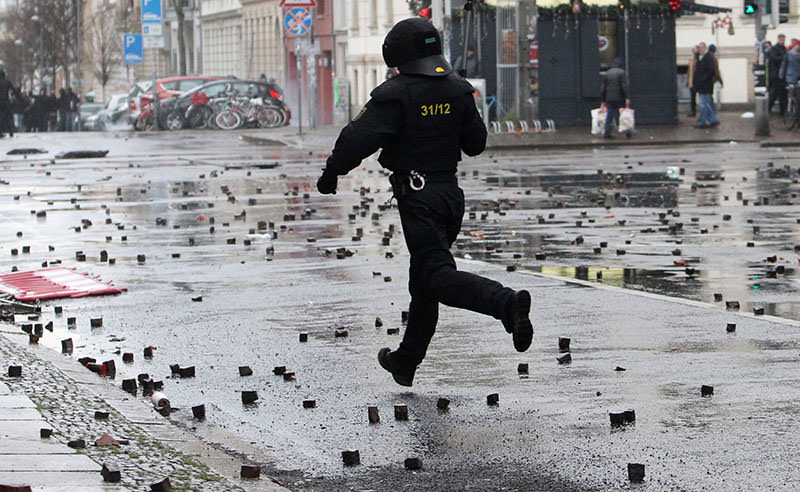