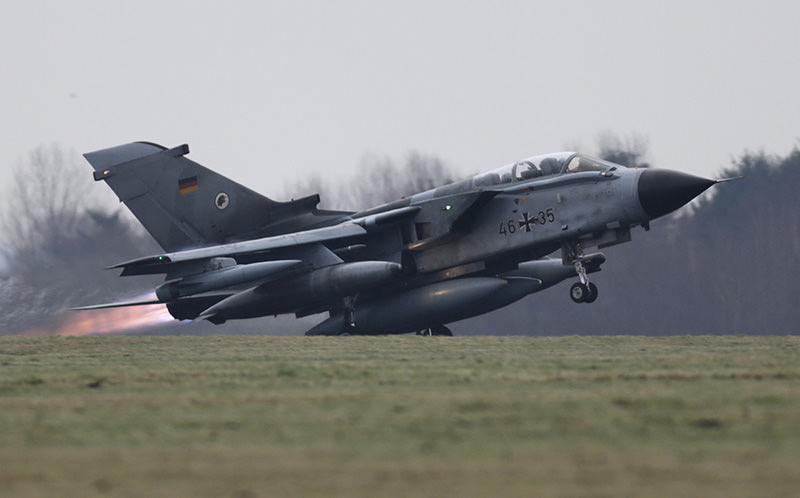 The Airbus A310 MRTT refueled two combat aircraft Tuesday before returning from its five-hour mission shortly after midnight to the southern Turkey military base at İncirlik, said a Bundeswehr spokesman, without identifying the other planes involved.

Unlike France, the United States and Britain, Germany is not conducting bombing missions.

On the official side of the German federal government, "Bundesregierung.de" said on December 11: "Two Tornado reconnaissance aircraft and an Airbus for flight refueling along with 40 soldiers have reached the Turkish airbase in İncirlik on Thursday [Dec 11]. The Airbus should be ready by next week for its first missions. The Tornados should start to provide surveillance images in January."

Chancellor Angela Merkel's cabinet approved plans at the end of November for Germany to join the military campaign against Daesh group in Syria, a big step for the country, which had long resisted a direct role in the conflict.

In response to an appeal from France after the Nov. 13 attacks in Paris which killed 130 people, Merkel's government agreed to send Tornado reconnaissance jets, refueling aircraft, a frigate to protect a French aircraft carrier, and up to 1,200 soldiers to the region. Germany will not join France, the United States and Russia in conducting air strikes in Syria, but the move is significant given the country's post-war history of avoiding foreign military entanglements and voter misgivings about getting involved in the conflict in the Middle East.

A letter from the foreign and defense ministries said the deployment was aimed at preventing "terrorist acts" by Daesh and supporting France and other partners in their fight against the extremist group, which has taken large swathes of territory in Syria and Iraq.