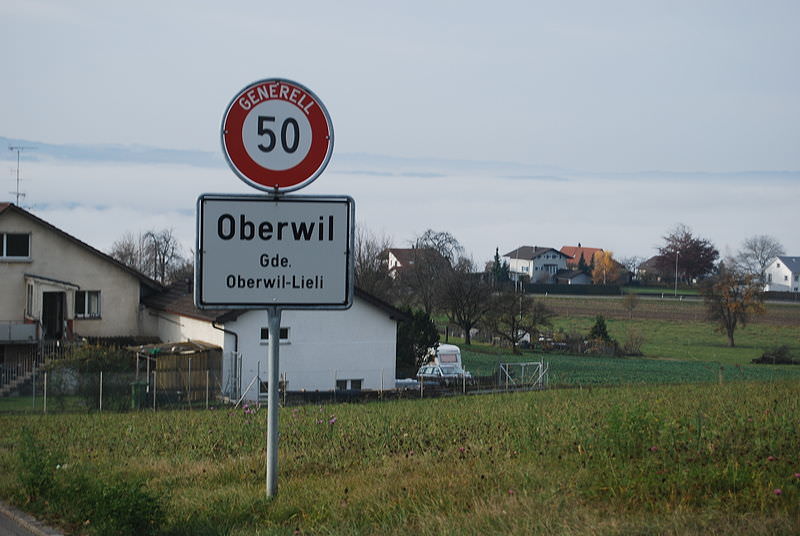 Photo: Wikimedia Commons
by Daily Sabah Dec 18, 2015 12:00 am
Some citizens of the small Swiss town Oberwil-Lieli have recently established a committee and named the possible arrival of six refugees "an invasion," calling for a referendum to redeem the municipality from the obligation to admit the refugees, various Swiss media outlets reported on Friday.

At the end of November of this year, a referendum was already held in the municipality, voting against some citizens' desire to revoke the municipality's obligation to accept refugees by paying a fine of 270,000 euros to the state. However, the results were quite tight, sparking the debate once again in the municipality, with many citizens calling for a new but secret ballot this time.

The citizens who do not want to accept the results of the previous referendum have established a committee and started to distribute fliers on Wednesday in all households' mailboxes, claiming that the arrival of six refugees in their town would be an "invasion."

The fliers said that the "longer-term hazards arising from the invasion of refugees / migrants" were being ignored, that refugees could not be integrated in society and would also place a burden on the educational system.

The flier said that the community was afraid about the possible degradation of education level of all students in the municipality because refugees would likely be "underachievers".

Another point on the flier was that "already severely overcrowded prisons are not sufficient" in the municipality. "Our country should not be put at the feet of strangers," the flier further added.

The small town of with a population of 2,222 is thus divided into two sides, with one side favoring the reception of six refugees and not paying the "compulsory" fee to the state, and the other side using all the means not to take a single refugee into their municipality.

The mayor of Oberwil-Lieli Andreas Glarner previously expressed his clear desire not to admit any refugees in the town and instead pay a 270,000 Euro fine. When asked what he would tell a refugee family, the mayor stated that the answer would be "They just made a precarious journey in vain".
Last Update: Dec 18, 2015 2:36 pm
RELATED TOPICS