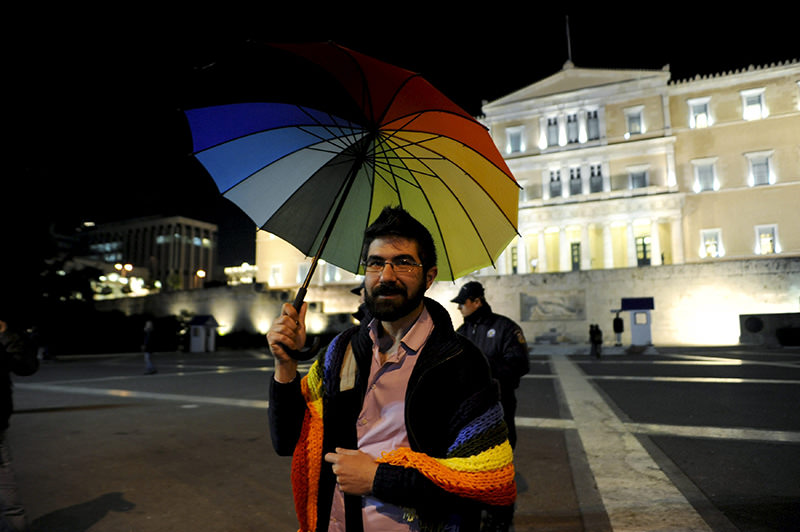 by Compiled from Wire Services Dec 23, 2015 12:00 am
Greece's parliament on Wednesday approved a bill granting same-sex couples the right to a civil union, becoming one of the last European countries to give them legal recognition after years of opposition from the influential Orthodox Church.

A number of EU countries including Britain, France and Spain have legalized gay marriage, but some southern and eastern European states have made slower progress.

The new Greek law resolves property and inheritance issues, but makes no provision for the adoption of children.

"This is an important day for human rights," Prime Minister Alexis Tsipras told the chamber.

Tsipras said the bill gives same-sex couples "equal rights in life and death", terminating a practice of "backwardness and shame" for Greece.

Greece had been condemned for anti-gay discrimination by the European Court of Human Rights in 2013, after gay couples were explicitly excluded from a prior civil unions law in 2008.

"Instead of celebrating this, we should apologize to thousands of our fellow citizens," Tsipras said.

The law was supported by 193 lawmakers out of 249 present, with 56 voting against it.

Conservative bishops in Greece's powerful Orthodox Church vehemently opposed the law, arguing that it undermined the institution of family. "Homosexuality is a deviation from the laws of nature. It is a social crime, a sin. Those who experience or support it are not normal people," said Bishop Amvrosios of the southern town of Kalavryta, where church bells tolled Tuesday in opposition to the bill.

"Despite this first step, LGBTI people in Greece still live in a climate of hostility from which the authorities are failing to protect them adequately," said Gauri van Gulik, Amnesty International's Deputy Director for Europe and Central Asia.

"Physical attacks are on the rise, hate speech is common and goes unchecked by the authorities. Even displays of affection between same-sex couples are censored on television," van Gulik added.

Amnesty further pointed out that the law offers no gender recognition to transgender people.

In addition to Tsipras' left-wing Syriza party, the bill was supported by another four parties.

However the nationalist Independent Greeks (ANEL), who are part of the governing coalition, voted against the motion.

Members of the Greek gay, lesbian and transsexual community had earlier staged protests outside parliament and the Athens cathedral.

"Love is not a sin," read a sign held by protesters as two young men dressed like priests kissed in front of the cathedral.

The country's first two same-sex civil marriages held in 2008 were annulled by a court a year later under pressure from the Greek Orthodox Church, which officially frowns upon same-sex relations.

Lobbying by the church was also instrumental in excluding same-sex couples from benefitting from the 2008 civil union bill which modernized family law and aligned national law with EU rules.

A prominent Greek bishop this week described homosexuality as a "crime" and said "accursed" gays should be "spat upon."

Same-sex marriage has already been legalized in 18 countries, including 13 in Europe. Ireland last May became the first to approve gay marriage through a referendum.

More than 60 percent of Slovenian voters opposed legalizing gay marriage in a referendum Sunday, where activists there had hoped to see the largely Catholic nation become Europe's first ex-communist country to give same-sex couples the right to marry and adopt.
Last Update: Dec 23, 2015 4:34 pm
RELATED TOPICS