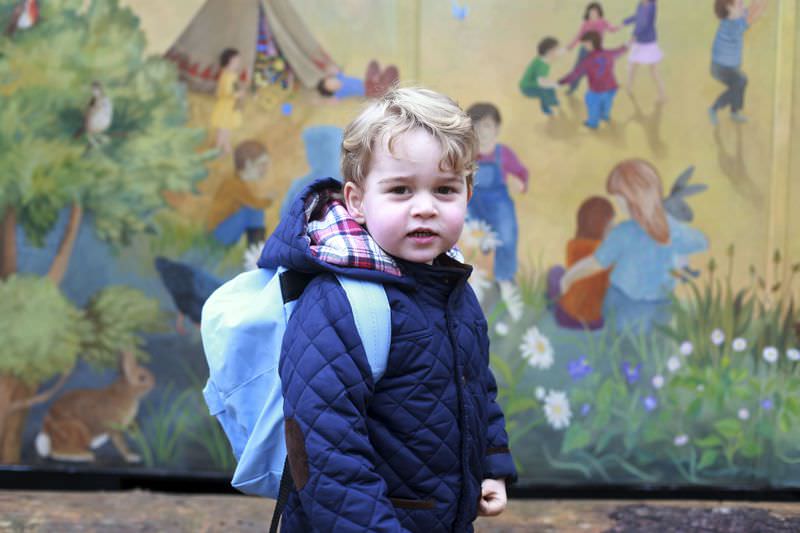 by French Press Agency - AFP
Jan 06, 2016 12:00 am
Britain's Prince George had his first day at nursery on Wednesday, prompting his proud mother Kate to take his photograph as she and Prince William dropped him off.

The two pictures, released by royal officials, show the two-year-old prince in a navy blue quilted coat and with a sky blue rucksack on his back arriving at Westacre Montessori School Nursery in Norfolk, eastern England.

The nursery is near the family's country home at Anmer Hall, on Queen Elizabeth II's private Sandringham estate.

George, who is third in line to the throne after his grandfather Prince Charles and father William, will attend the nursery while his parents are staying at Anmer Hall but not when they are at their London home, Kensington Palace.

While the older generation of British royals did not typically attend nursery, George is following in the footsteps of his father.

William was sent to an exclusive nursery school near Kensington Palace by his mother, the late princess Diana, who had herself worked at a nursery before her marriage to Charles.

Montessori schools are known for their liberal approach to education, which can include mixed age classrooms and encouraging children to act independently.
Last Update: Jan 06, 2016 8:28 pm