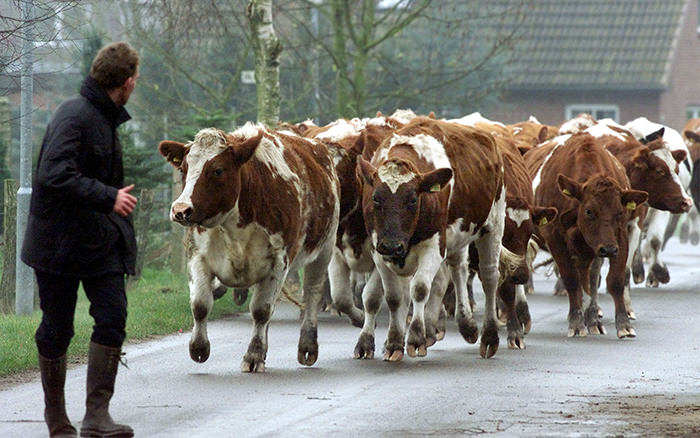 Representational image (AP Photo)
by German Press Agency - DPA Jan 06, 2016 12:00 am
For the last five years a cow named Verona has been suspected of killing a woman in central Germany, but further evidence is needed for the case to continue.

Before the case can go back to trial at its original court in Dillenburg, Germany, a report on other animals in the area is needed, a court spokesman said on Wednesday.

The report should clarify whether any other cows in the area could be the offender.

At the time of the death of the woman, who was taking a walk in August 2011, Verona had run away and was free to roam for several days.

In a first case in 2013, the local court in Dillenburg was convinced that the animal and its owner were guilty. The higher regional court in Frankfurt ordered a new case due to formal problems.