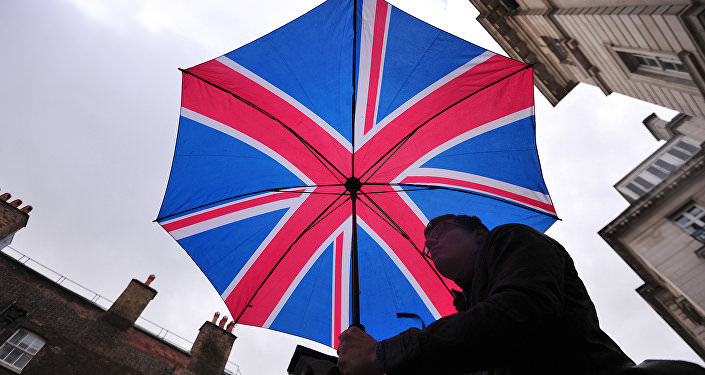 | AFP Photo
by reuters Jan 07, 2016 12:00 am
A majority of Britons who have made up their minds would vote to leave the European Union in a forthcoming referendum, making Britain by far the most reluctant member of the 28-nation bloc, an opinion poll published on Thursday showed.

As Prime Minister David Cameron pushed for a deal from other EU leaders to improve London's membership terms before a vote he could call as early as June, the ORB poll indicated that opposition to the European Union was growing in Britain.

When the undecided are stripped out, 54 percent of voters want a British exit, or 'Brexit', up from 51 percent a year ago, and 46 percent want to stay, down from 49 percent.

The public scepticism contrasted with Cameron's latest declaration of optimism that a deal can be struck on his demands for changes in Britain's relationship with Brussels, including reducing benefit rights for EU migrants working in the UK.

"We believe that all these issues can be dealt with. The discussions are going well," Cameron said in Wildbad Kreuth, Bavaria, after what he said was an "excellent meeting" with German Chancellor Angela Merkel over dinner on Wednesday.

The ORB poll indicates that the referendum could be far closer than some politicians had assumed and that the result will depend on a fifth of voters who are still undecided.

"Despite the impending vote on Brexit, significantly more people report to have felt further removed from Europe over the last twelve months than closer to it," Johnny Heald, managing director of ORB International, told Reuters.

"If the Prime Minister is to avoid disaster on his watch someone needs to start convincing the public very soon on why we should remain a part of the EU."

A British exit would shake the Union to its core, ripping away its second largest economy and one of its top two military powers.

Pro-Europeans warn an exit from the EU would hurt Britain's economy and could trigger the break-up of the United Kingdom by prompting another Scottish independence vote. Opponents of EU membership say Britain would prosper outside the bloc.

Cameron, who is urging fellow leaders to clinch an agreement at an EU summit on Feb. 18-19, dined with Merkel and her conservative Bavarian allies on Wednesday.

"Throughout these next weeks, it is especially important that we make decisions in our own interest in order to achieve a reasonable package that will allow Great Britain to remain a part of the European Union," Merkel said before the dinner.

In a speech to German lawmakers last month, she called Britain a "natural ally", stressing its importance to Europe's internal free market and its weight in foreign policy debates. She also said she was "confident" a solution would be found.

Cameron was at a session of the Christian Social Democratic Union, the sister party of Merkel's CDU, before travelling to Budapest for a meeting with Hungarian Prime Minister Viktor Orban, a prickly Eurosceptic conservative ally.

In Hungary, he will seek support for his most contentious demand - that Britain be allowed to limit the in-work benefits paid to EU migrants, something critics say amounts to illegal discrimination.

"I'm confident with goodwill - and there is goodwill I think on all sides - we can bring these negotiations to a conclusion and then hold the referendum," Cameron said in Wildbad Kreuth.

"I've been very heartened by the goodwill I've felt by fellow sister party members in the CSU here in Bavaria today."

Orban, criticised in the EU for his outspoken opposition to admitting refugees and his embrace of "illiberal democracy" at home, was Cameron's only ally in a failed 2014 attempt to block the appointment of Jean-Claude Juncker as European Commission president.

Hungary's foreign minister said on Thursday that Budapest supports some of Britain's reform proposals that aim to boost economic competitiveness in the EU but would not want to see an erosion in the free movement of labour.

"It is legitimate from an EU member state to spell out reform proposals," Peter Szijjarto told state television.

"One of the most important merits of the EU is that it has very serious achievements, a part of which are related to a high level of freedom in the movement of labour," he added.

"In general, we do not think that a step back from EU achievements would be a positive process, at the same time we understand the challenges that Britain is facing."
Last Update: Jan 07, 2016 7:05 pm
RELATED TOPICS