Kosovo protesters clash with police over agreement with Serbia 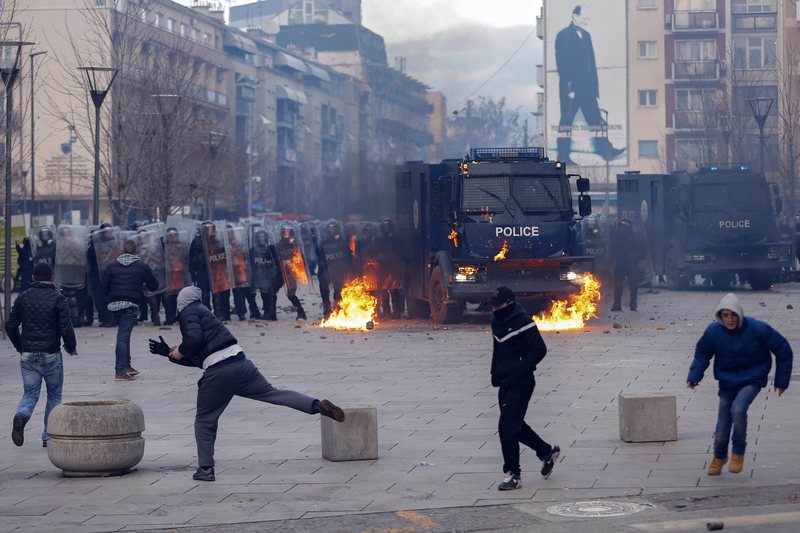 Several thousand people converged in the Kosovo capital for the protest, calling for early elections and the resignation of Prime Minister Isa Mustafa.

The government opposition, led by the nationalist Kosovo Albanian Vetevendosje movement, wants to block the agreement designed to give more authority to majority Serb municipalities in Kosovo.

Although organizers promised to keep Saturday's rally peaceful, the situation escalated when the crowd began throwing rocks and bottles filled with paint, while other protesters threw petrol bombs.

A police spokesman said that 15 people, 10 of them police officers, were injured, and 24 people were detained.

Critics of the agreement have promised to continue the protests until their goals are achieved.

The next parliamentary polls in Kosovo are due in 2018.

Albanians are a vast majority in Kosovo, a former Serbian province that went independent in 2008.

Vetevendojske said that police prevented buses carrying their supporters from reaching the protest.

Earlier protests against the agreement with Serbia - which have included a spate of tear gas attacks within the parliament - have frequently ended in street violence.

Prior to Saturday's protest, police cleared the city centre of garbage containers and any objects that could be used as ammunition, local reports said.