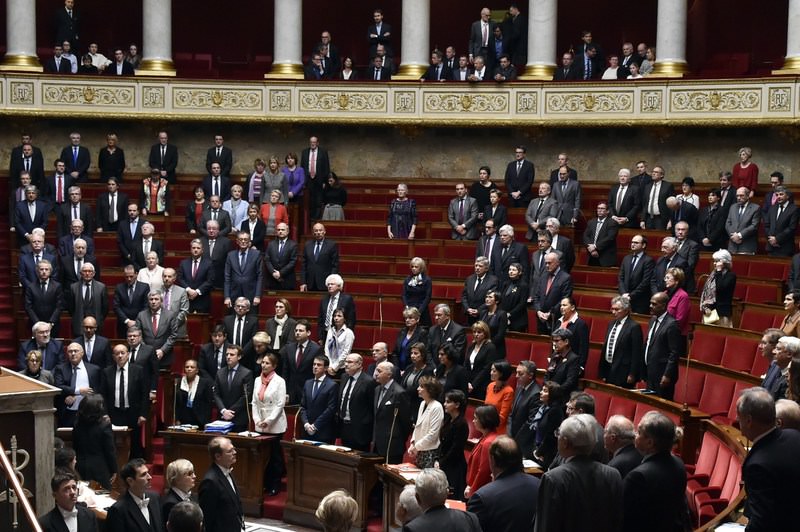 by daily sabah Jan 13, 2016 12:00 am
The French Parliament on Wednesday observed a minute's silence in remembrance of the people who were killed during a deadly suicide attack carried out by a Daesh terrorist in Istanbul on Tuesday.

Speaking before the minute of silence, National Assembly speaker Claude said Turkey was again hit by terror only three months after the Ankara bombings which killed 103 people.

He also offered his condolences to the families of the victims, as well as to the people and the governments of Turkey and Germany.

On Wednesday, French Foreign Minister Laurent Fabius condemned "in the strongest terms" the attack and expressed "full solidarity of France with the Turkish people and authorities of the country."

French Prime Minister Manuel Valls also said countries attacked by terrorism should stand together. Speaking after a party meeting at the National Assembly, Valls added: "France, Turkey and all countries that are attacked by terrorism need solidarity and [to] implement all necessary means to fight against the terrorist threat."