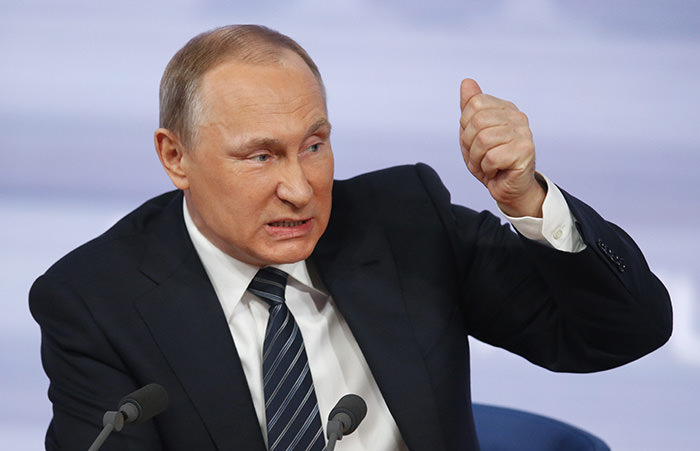 In a lengthy report, Judge Robert Owen said that he is certain Litvinenko was given tea with a fatal dose of polonium-210, a radioactive isotope that is deadly if ingested even in tiny quantities, in November 2006. He said there is a "strong probability" that the FSB, successor to the Soviet spy agency the KGB, directed the killing, and the operation was "probably approved" by Putin.

Before he died, Litvinenko accused Putin of ordering his killing, but this appears to be the first time anyone has officially linked Putin to it. Moscow has always strongly denied involvement in Litvinenko's death, and Russian Foreign Ministry spokeswoman Maria Zhakarova said Thursday that the government does not consider Owen's conclusions to be objective or impartial.

"We regret that a purely criminal case has been politicized and has darkened the general atmosphere of bilateral relations," Zhakarova said in a statement. She said Britain's decision to hold a public inquiry on the case was politically motivated and that the process was not transparent for the Russian side or the public.

Dmitry Peskov, a Kremlin spokesman, said after the inquiry: "Such quasi investigations like the one we are talking about today are capable of further 'poisoning' the atmosphere of our bilateral ties."

Peskov also said Russia would give "all necessary answers via diplomatic channels."

Russia has refused to extradite the two main suspects, Andrei Lugovoi and Dmitry Kovtun. Lugovoi is a member of the Russian parliament, which means he is immune from prosecution. In an interview with the Interfax news agency, he called the charges against him "absurd."

Litvinenko, a former FSB agent, fled to Britain in 2000 and became a vocal critic of Russia's security service and of Putin, whom he accused of links to organized crime.

Owen said Litvinenko "was regarded as having betrayed the FSB" with his actions, and that "there were powerful motives for organizations and individuals within the Russian state to take action against Mr. Litvinenko, including killing him."

In his 326-page report, Owen said that based on the evidence he had seen, the operation to kill Litvinenko was "probably" approved by then-FSB head Nikolai Patrushev, now head of Putin's security council, and by Putin. Owen said Litvinenko "had repeatedly targeted President Putin" with "highly personal" public criticism.

Announcing his findings at London's Royal Courts of Justice, Owen said that "there can be no doubt that Alexander Litvinenko was poisoned by Mr. Lugovoi and Mr. Kovtun" in the Pine Bar of London's luxury Millennium Hotel on Nov. 1, 2006. "I have concluded that there is a strong probability that when Mr. Lugovoi poisoned Mr. Litvinenko, he did so under the direction of the FSB ... I have further concluded that the FSB operation to kill Mr. Litvinenko was probably approved by Mr. Patrushev, then head of the FSB, and also by President Putin."

The office of British Prime Minister David Cameron said yesterday the British judge's findings that the Russian state was "probably" involved in the poisoning of ex-spy Alexander Litvinenko are "extremely disturbing." Also, Britain yesterday summoned the Russian ambassador after a report into the radiation poisoning murder of ex-spy Litvinenko and imposed asset freezes on the two men identified as the perpetrators. Home Secretary Theresa May also told parliament the killing was "a blatant and unacceptable breach of the most fundamental tenets of international law."