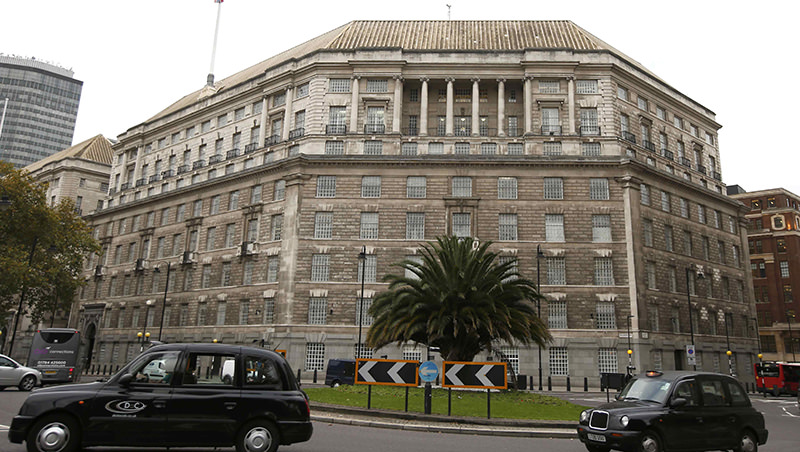 A file photograph shows Thames House, the headquarters of the British Security Service (MI5) in London, Britain October 22, 2015. (Reuters Photo)
by reuters
Jan 24, 2016 12:00 am
A former senior British intelligence officer wants to give evidence that the country's security services knew about the torture of inmates at the U.S. prison camp in Guantanamo Bay, a newspaper reported.

Details of torture were disclosed during meetings held at the London headquarters of Britain's MI5 in 2002 and the evidence is believed to include claims that British officials witnessed inmates being chained, hooded, waterboarded and subjected to mental abuse by CIA officials, the report said.

No one was immediately available to comment at Britain's interior ministry which handles media queries relating to MI5.

A report by the U.S. Senate published in 2014 said the CIA used sexual threats, waterboarding and other harsh methods to interrogate terrorism suspects in the years after the Sept. 11, 2001, attacks on the United States.

A former British inmate at Guantanamo said last month that British security officers witnessed him being tortured by American soldiers in Afghanistan.

The prison in Guantanamo, in Cuba, was opened in 2002 to house foreign terrorism suspects but has drawn international criticism from human rights activists and many foreign governments. U.S. President Barack Obama is seeking to close it.