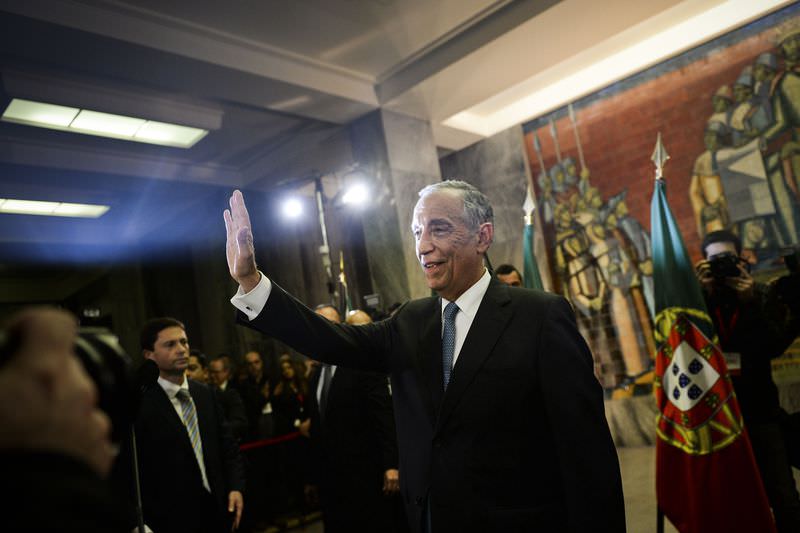 by Associated Press Jan 25, 2016 12:00 am
A center-right candidate recorded an emphatic victory in Portugal's presidential election on Sunday, collecting more than half of the votes against nine rivals as the Portuguese chose a counterweight to the country's center-left Socialist government.

With 98 percent of the votes counted, Marcelo Rebelo de Sousa, a veteran politician and law professor, had 52.4 percent to capture the mostly ceremonial post. His nearest rival had less than half of that total, and his opponents conceded quickly.

Rebelo de Sousa will move into the head of state's riverside pink palace in Lisbon in March, replacing Anibal Cavaco Silva, who has served the maximum of two five-year terms.

The president has no executive power, and is largely a figurehead, but can be an influential voice and in a crisis has the power to dissolve Parliament.

A Socialist minority government runs Portugal with the backing of the Communist Party and the radical Left Bloc. The government is trying to pull off a balancing act by ending austerity measures while sticking to the financial prudence adopted after Portugal's 78 billion-euro ($84 billion) bailout in 2011 amid a eurozone financial crisis.

The government's critics say that is a risky policy in debt-heavy Portugal whose economy is struggling to gain momentum.

Rebelo de Sousa says he won't rock the boat. "The president has to be a factor of stability, not instability," he said during the campaign.

Rebelo de Sousa, 67, has had a long career in the public eye, working as a newspaper editor, a popular media pundit, a junior member of governments since the 1970s, and a former member of the European Parliament.