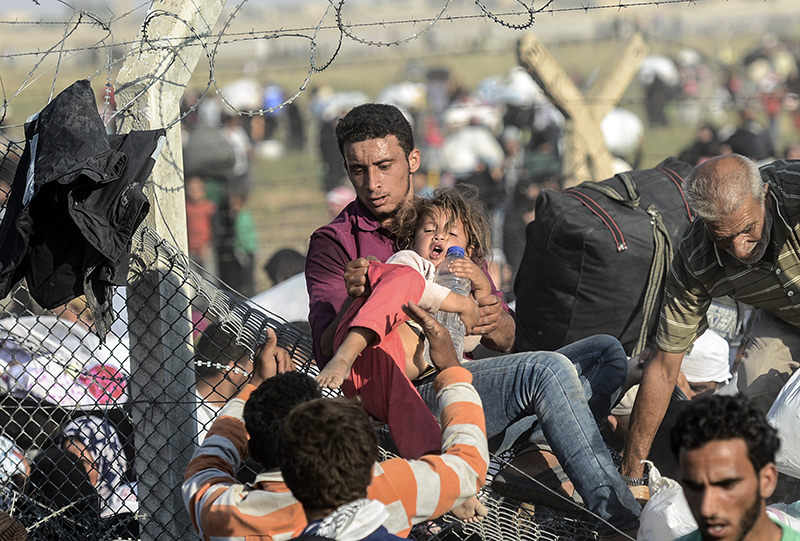 | AFP Photo
by French Press Agency - AFP
Jan 26, 2016 12:00 am
The European Union is committing a "ritual suicide" with its migration policy, Slovak Prime Minister Robert Fico said on Tuesday, urging the 28-member bloc to stop the inflow of refugees fast.

"I feel that we in the EU are now committing ritual suicide and we're just looking on," the 51-year-old leftwinger known for his anti-immigrant rhetoric told Czech newspaper Pravo.

Fico, whose party is expected to win a general election in March, said the EU should first of all stop the influx of "illegal refugees".

"If it takes until late 2016 or 2017 for Europe to set up its planned border and coastguard force, the EU will have killed itself," Fico said, adding that Slovakia had 300 police officers ready to deploy at the external borders of the passport-free Schengen area.

"We often stew in our own juices, tackling quotas which are nonsense... and in the meantime several thousand migrants arrive in Europe every day," the premier said.

Slovakia, a eurozone member of 5.4 million people, has filed a lawsuit against the EU-proposed quota system for distributing migrants across the continent, just like neighbouring Hungary.

Fico said the system had turned out "a complete fiasco" and that thousands of migrants distributed according to quotas were impossible to integrate in Slovakia.

"If, based on temporary or permanent quotas, someone forces us to import 50,000 people with completely different habits and religions -- and these are mostly young men -- I can't imagine how we could integrate them. We can't," he said.