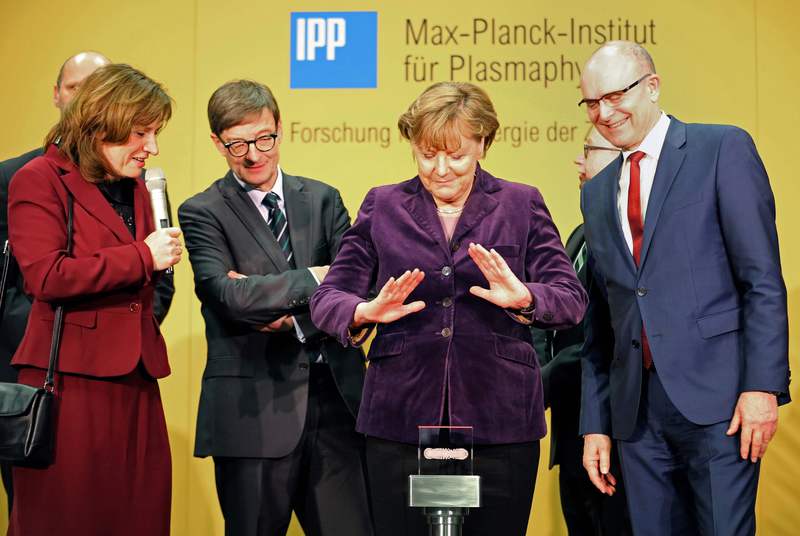 by Anadolu Agency Feb 04, 2016 12:00 am
A group of international scientists have launched a landmark nuclear fusion experiment in Germany on Wednesday, with the hope of achieving further progress in developing an alternative energy source to fossil fuels.

The world's largest and most modern fusion device Wendelstein 7-X was switched on by German Chancellor Angela Merkel, during a ceremony at the Max Planck Institute for Plasma Physics (IPP) in the northern German town of Greifswald.

"This is the kick-off for a unique experiment worldwide, and it can take us one decisive step closer to the energy source of the future," Merkel said, in her address to a group of politicians and academics invited to the event.

Nuclear fusion researchers are seeking to derive energy from the fusion of atomic nuclei, drawing a sample from the natural processes that power the sun and the stars.

Merkel said reaching concrete results in the project will likely to take a long time, but stressed that it would be rewarding.

"Every step we move forward on this long path towards a fusion power plant is of course a success. Because it is one of the urgent questions nowadays across the world how we can meet the rising energy needs of the growing population without failing our climate goals," she said.

German Chancellor, who is a doctor of physics, started the nuclear fusion experiment by pressing a button that activated the stellarator type fusion device's production of its first hydrogen plasma.

Wendelstein 7-X is itself not designed for producing energy. But the researchers are hoping to gain insights during the tests on whether stellarators of this type can be used in the future for commercial production of energy.