90 mosques across the UK open doors for interfaith dialogue 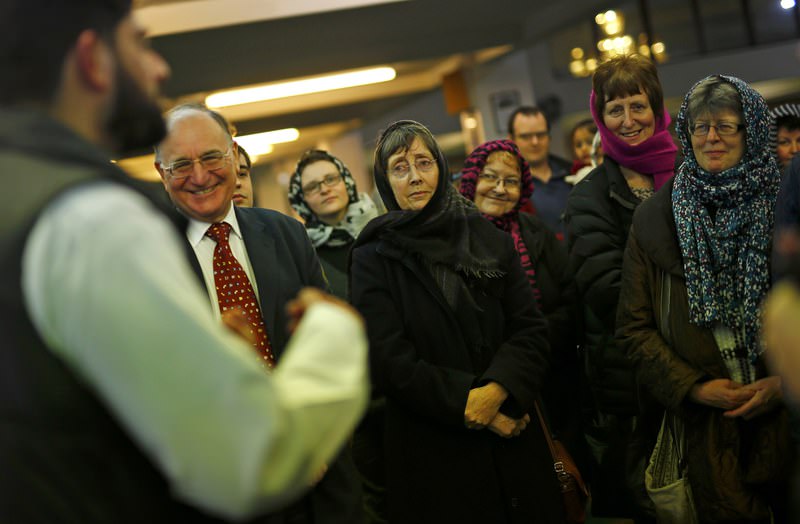 by Anadolu Agency
Feb 07, 2016 12:00 am
More than 90 mosques across the U.K. opened their doors on Sunday to people of every faith and of no faith on the second annual "Visit My Mosque Day".

The Secretary General of the Muslim Council of Britain, the U.K.'s largest Muslim umbrella body and the organizer of the event, said the initiative aims to create a better understanding of Islam by inviting everybody to its centers.

"What we thought could be useful is to have one day for every mosque or as many mosques as possible [when they] can open their doors for neighbors and demystify what happens inside," Dr. Shuja Shafi said.

Pastor Jeremy Taylor from St John's Wood Parish Church said the problems come from not knowing each other well in society: "The beauty of an event like this is opening up and welcoming people in a very explicit way [that] helps to encourage that contact which can lead to better understanding," he said.

Oliver Miller, a student of international security studies at the University College London, said he came to find out about the true meaning of the religion.

"I want to find out a little bit more about what the message of Islam is because we hear a lot about it in the media and its portrayed in good and bad, so I wanted to see what is the true meaning is.

"It is good to open up Islam so it does not become hidden away from society," he said.

The Visit My Mosque Day comes after U.S. President Barack Obama paid the first visit of his seven-year tenure to a mosque in the country last Wednesday.

There are approximately 3 million Muslims in the U.K., representing nearly 5 percent of the population.