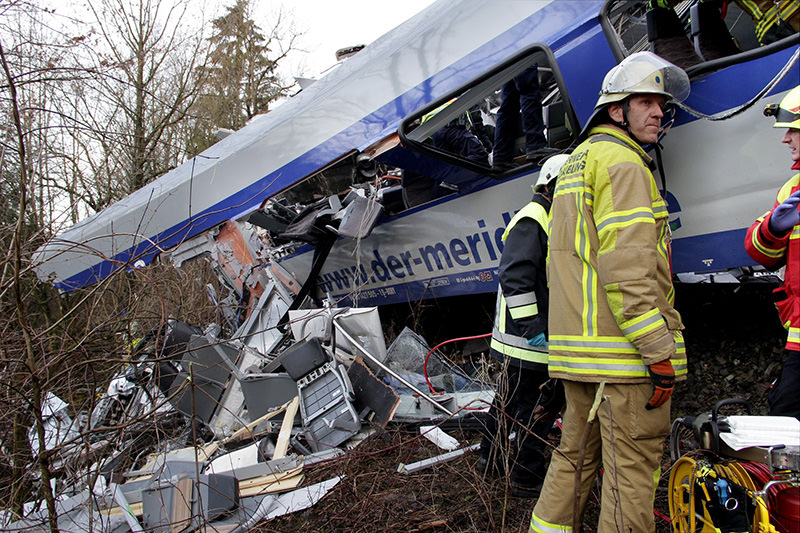 Rescue teams work at the site of train accident near Bad Aibling, Germany, 9 Feb 2016 (EPA)
by Feb 12, 2016 12:00 am
Experts have located the third and final missing black box from the two commuter trains that collided head on this week in southern Germany, police said Friday.

The data device records information that is hoped will help draw conclusions about the cause of the Tuesday crash near the Bavarian town of Bad Aibling. It killed 11 people and injured 81.

Police fear the number of victims may continue to rise following the death of the 11th passenger on Thursday. The 47-year-old man succumbed to his injuries in hospital. "Unfortunately several people remain in critical condition," a spokeswoman said.

It still remains unclear whether the crash was caused by human or technical error. "It may be a combination of factors," the spokeswoman said. "We still need more pieces of the puzzle to see the whole picture."

On Friday teams were continuing their cleanup of the wreckage of the two commuter trains, which collided at full speed on a single-track line.
Last Update: Feb 12, 2016 4:05 pm
RELATED TOPICS