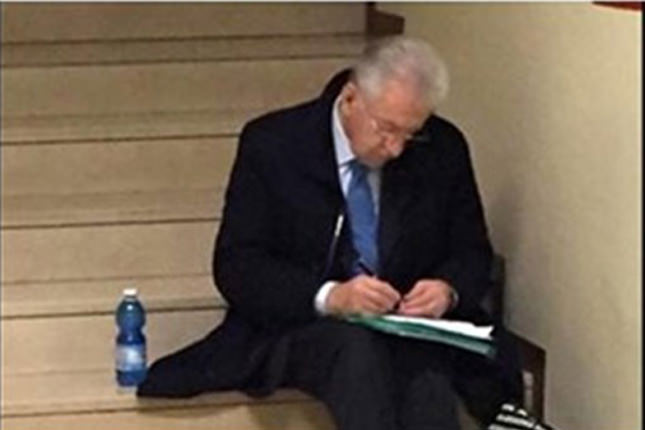 by Daily Sabah Feb 14, 2016 12:00 am
Italy is talking about former Prime Minister Mario Monti after he was photographed over the weekend sitting on stairs while he waited in line at a hospital.

Former Prime Minister Mario Monti, who served from November 16, 2011 to April 28, 2013, was the most talked about man in Italy after a photograph of him sitting on stairs waiting in line at a hospital surfaced on social media.