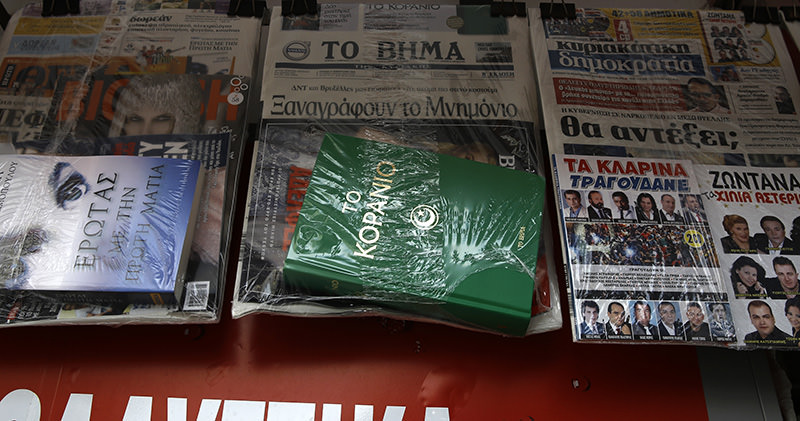 by Daily Sabah Feb 14, 2016 12:00 am
One of Greece's leading newspapers has distributed the Holy Quran to its readers on Sunday for the first time in the Orthodox Christian nation's history.

As a part of its series to distribute one holy book as free supplement each week, Greek newspaper To Vima distributed the Greek translation of the Holy Quran this week.

It was the first time in Greece in which Islam's holy book was distributed in public domain.

There are over 300,000 Muslims living in Greece, which are mostly comprised out of the officially recognized "Muslim minority" of Western Thrace Turks and Pomaks, along with ethnic Albanians.
Last Update: Feb 14, 2016 5:35 pm
RELATED TOPICS