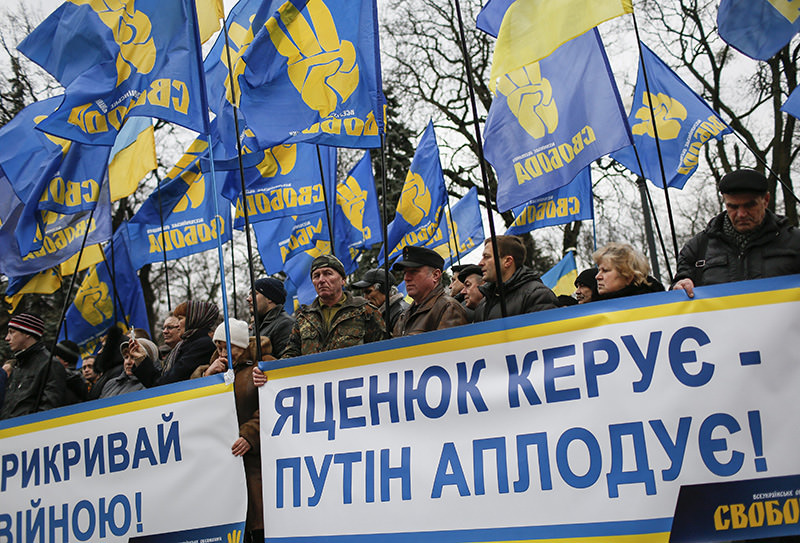 by Associated Press Feb 16, 2016 12:00 am
Ukraine's President Petro Poroshenko has called on the country's embattled prime minister to resign, a move that would break apart the fragile ruling coalition.

Poroshenko amped up the pressure on Prime Minister Arseniy Yatsenyuk, who is already facing a possible no-confidence vote in parliament, to step down.

"Society has clearly decided that there are more mistakes than achievements and have stopped believing in (Ukraine's) ministries," said Poroshenko in a statement posted on his website on Tuesday afternoon.

Poroshenko's spokesman, Svyatoslav Tsegolko, said on Twitter that the president has asked both Yatsenyuk and Prosecutor General Viktor Shokin to step down.

A possible vote of no-confidence in Yatsenyuk could cause the fragile alliance between parliament's two main parties headed by Poroshenko and Yatsenyuk to crumble and could trigger snap elections, something both parties wish to avoid.

Political infighting and a lack of reform prompted the International Monetary Fund to threaten withholding much-needed aid money from Ukraine.