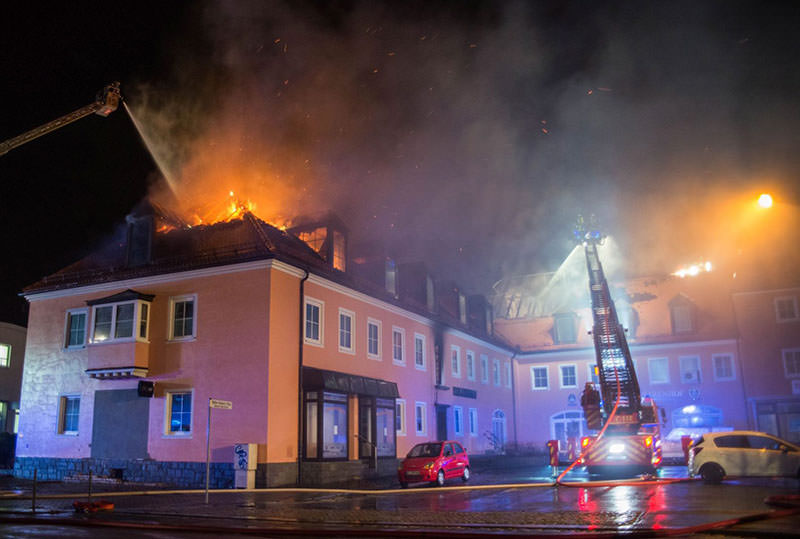 Fire fighters extinguish flames at a former hotel in Bautzen, Germany, where a fire broke out overnight 21 February 2016. (EPA)
by Daily Sabah with DPA Feb 21, 2016 12:00 am
A former hotel, which was being modified to be used as an accommodation for refugees, caught fire on Saturday night in the eastern German town of Bautzen in Saxony state.

Authorities who are currently investigating the cause of the fire believe that the blaze was started deliberately.

Luckily, no one was hurt during the fire, German media reported.

Reportedly the work of the fire brigade was massively hindered by a few, mostly boozed, onlookers. The officials said that they had to expel three people from the scene of the fire because of this reason.

"Some people reacted to the arson with derogatory comments and undisguised joy," police reportedly said in a statement.

No arrests have yet been made, regional investigators and Bernd Merbitz, police chief in the city of Leipzig, told the German news agency, DPA.

The case has been handed over to the city's OAZ division for extremist crimes.
Last Update: Feb 21, 2016 4:24 pm
RELATED TOPICS