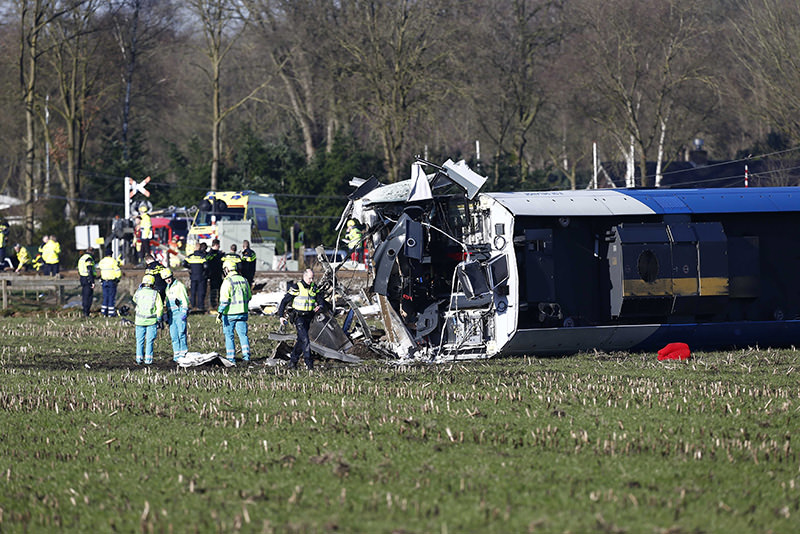 The accident happened around 8:45 am (0745 GMT) close to the northeastern town of Dalfsen, about 40 kilometers (24 miles) from the German border.

Television images showed pictures of several carriages lying on their side next to fields as emergency staff worked nearby.

"According to initial reports one person has been killed," mayor Han Noten told public broadcaster NOS, adding it could have been worse.

He added separately that about 10 people had been injured, but none of them was in a life-threatening condition.

Mayor Noten said there were between 10 and 15 people on board at the time of the accident, which happened on the line between the cities of Zwolle and Emmen.

"There were not too many people on the train. The evening train is usually full, but not in the mornings."

Local police told AFP only that a train accident had occurred but would give no further details.

An eyewitness told NOS that the crane was on caterpillar tracks and was moving very slowly as it crossed the railway line when the train arrived.
Last Update: Feb 23, 2016 12:16 pm
RELATED TOPICS