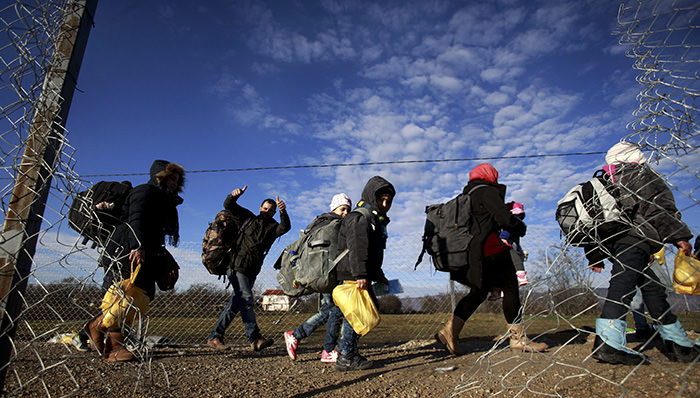 The European Union announced Wednesday unprecedented plans to provide Greece and other member states with 700 million euros in emergency humanitarian aid to cope with the refugee crisis.

"No time can be lost in deploying all means possible to prevent humanitarian suffering within our own borders. Today's proposal will make 700 million euros available to provide help where it is most needed," Stylianides said in a statement.

If approved by member states and European Parliament, the plan by the European Commission, the EU's executive arm, would amount to the bloc's first distribution of humanitarian cash within Europe rather than outside the bloc.

The aid plan will also be coordinated for the first time with U.N. and other aid agencies, the commission said.

He did not say how much will be earmarked for Greece, which has asked for around 480 million euros to help shelter 100,000 refugees, though he acknowledged Greece earlier as a main concern.

NATO's top general, Philip Breedlove, meanwhile accused Russia and Syria of "weaponizing" the massive influx of people fleeing the Syrian conflict, in a bid to destabilize the West.

The United Nations said more than 131,000 migrants have crossed the Mediterranean to reach Europe so far this year, more than the total number for the first five months of 2015. Last year a total of 1 million entered Europe.

The EU plan for an internal aid mechanism marks a departure for the 28-nation EU, which normally only gives aid to countries outside the bloc, notably in the Middle East and Africa. The EU has an annual aid budget of 1.2 billion euros for external countries.

But the apparent show of European solidarity masks growing criticism of countries that have capped the number of migrants they are willing to let in.

European leaders are divided ahead of two summits this month on the migration crisis, with German Chancellor Angela Merkel saying that after bailing out debt-hit Greece the country cannot now be allowed to plunge into "chaos."