Austria does not want to take part in quota system for intake of refugees: Defense Minister Doskozil 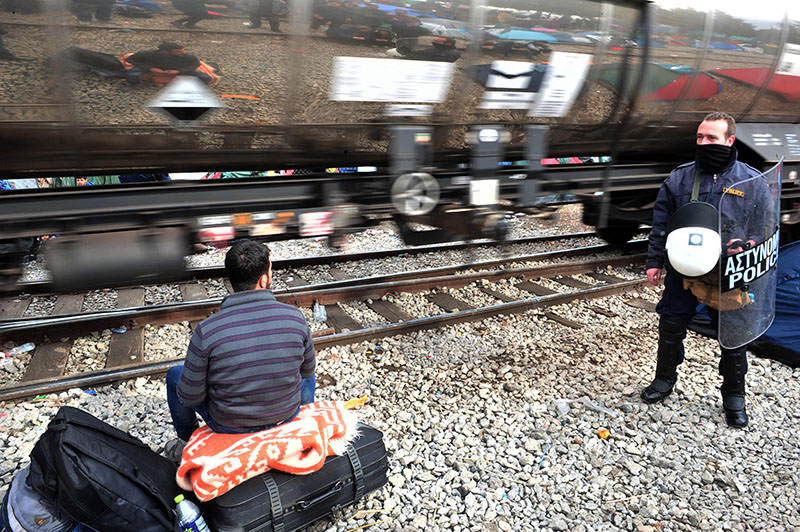 A Greek border police officer stands next to a refugee who watches a cargo train passing by on 4 March, 2016 (AFP)
by Mar 06, 2016 12:00 am
Austria does not want to take part in any quota system for distributing refugees among European countries because it has done enough on its own, its defense minister was quoted as saying. Social Democrat Hans Peter Doskozil made to the comments to the Oesterreich newspaper.

Austria - the last stop before Germany, the top destination for migrants fleeing war and poverty in the Middle East and beyond - has already come under fire from the European Commission and human rights groups for capping its intake of refugees.

The Alpine republic of 8.5 million people got 90,000 asylum requests last year and has curtailed the number this year while imposing daily limits on the numbers it processes.

"We are taking the lion's share and taking in 37,500 asylum seekers this year alone. Now the others are called upon. Why should Austria take refugees from Greece? That would send the wrong signal," Doskozil was quoted as saying.

He reiterated Vienna's call for a quota system, saying many countries that are net recipients of EU funding had to step up and do their share to resolve a difficult situation with thousands of people stranded on Greece's border with Macedonia.

In a separate report, Swiss newspaper NZZ am Sonntag said Switzerland was set to take in 600 asylum seekers from Greece who had been registered by Greek authorities and had a good chance of being allowed to stay in the neutral Alpine country.

Although Switzerland is not an EU member, the Swiss government agreed last year to take in 1,500 asylum seekers under an EU relocation programme.