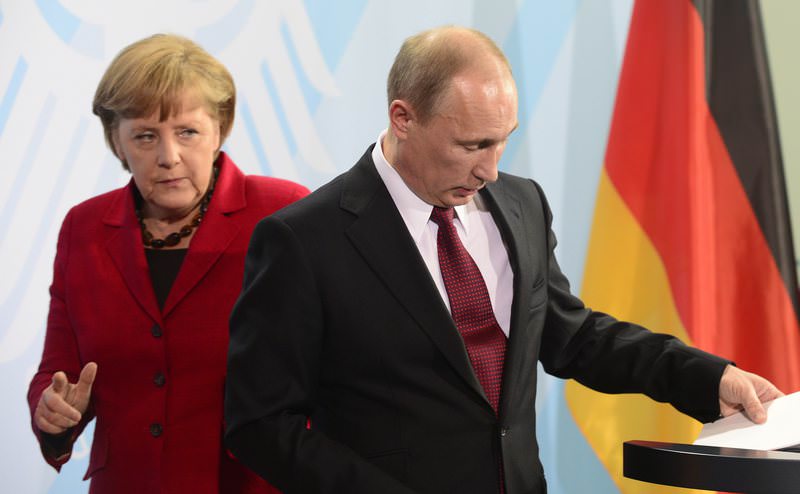 by Daily Sabah Mar 06, 2016 12:00 am
NATO's most senior analysts on strategic communications claimed Russia is planning to topple German Chancellor Angela Merkel by creating an unrest in the country over the refugee crisis, the Observer reported on Saturday.

Janis Sarts, director of Nato's Strategic Communications Centre of Excellence, based in Riga, Latvia, said Russia is communicating with right-wing extremists, which it can control, to stir up anger against German leader, who has been a strong supporter of sanctions against Vladimir Putin's regime.

Underlining that he could talk as an expert, and not as a spokesman for NATO, Sarts said: "[Russia] is establishing a network that can be controlled. You can use it as they have tried to do in Germany, combined with the legitimate issue of refugees, to undercut political processes in a very serious way."

"Angela Merkel has been a very adamant supporter of continued sanctions against Russia. If it was just punishment, that would be OK – but it is testing whether they can build on pre-existing problems and create a momentum where there is a political change in Germany." Sarts said.

The NATO adviser said Russia is exploiting far right narrative to test whether it can create a circumstance through its influence where there is a change of top leadership.

"In general terms, you can trace Russian funding to the extreme forces in Europe. Either left or right - as long as they are extreme, they are good to come into the Russian picture as of possible use in their tactics." Sarts said.

Germany has been one of the top European destinations for refugees, after Merkel suspended EU migration regulations in August last year and allowed Syrian refugees to register even if they had entered the EU elsewhere, often in Greece.
Last Update: Mar 06, 2016 9:23 pm
RELATED TOPICS