Slovenia to bar refugees without EU visas starting from midnight 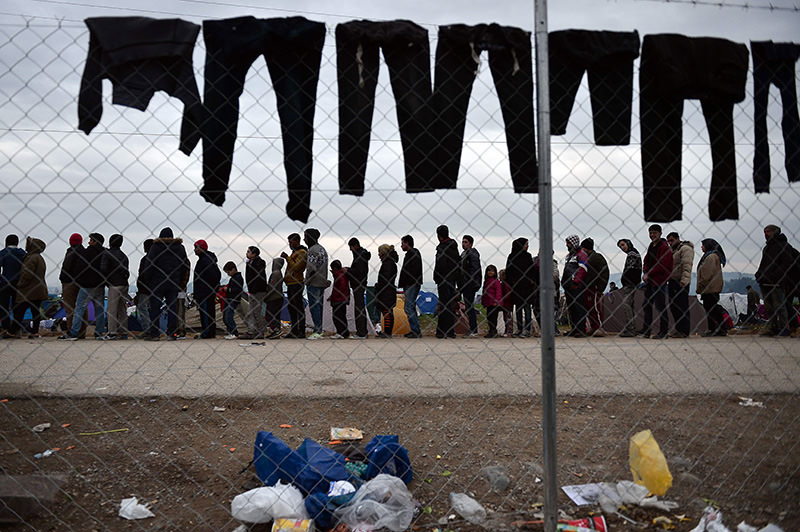 Refugees queue for food at an improvised refugee camp at the Greek-Macedonian border near Idomeni on February 28, 2016 (AFP Photo)
by Compiled from Wire Services Mar 08, 2016 12:00 am
Slovenia will not allow refugees without Schengen visas to pass through its borders starting at midnight, Blic online newspaper reports, citing a statement from the Serbian Interior Ministry.

"That practically closes the Balkan route," the ministry statement reads.

Serbia will not allow refugees to become trapped on its territory and plans to implement the same rules of entry, the ministry says.

The measure means that thousands of refugees currently stranded in Greece on the border with Macedonia will not be allowed to proceed north toward Serbia, Croatia, Slovenia and Austria.

Earlier Tuesday, Slovenian Prime Minister Miro Cerar said an EU summit dealing with the surge of refugees over the so-called western Balkans route has sent "a very clear message to all traffickers and all irregular refugees that this route no longer exists, it is closed."