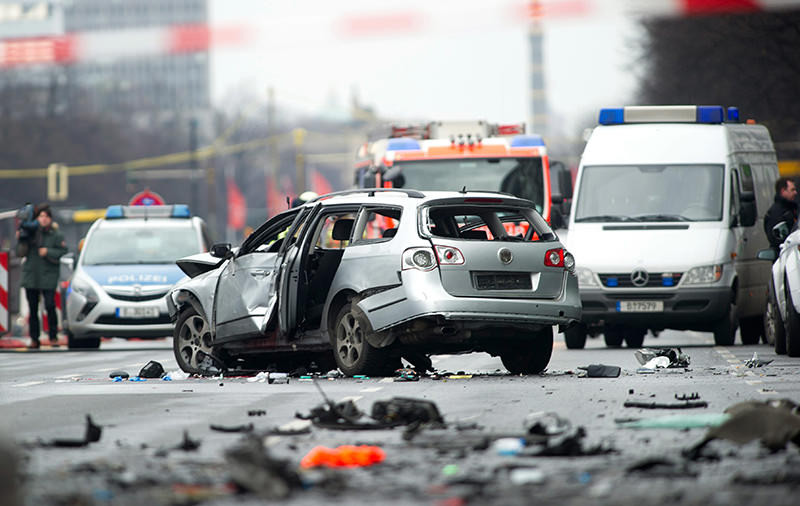 The details behind an explosion that caused panic in Germany's capital Berlin started to become clear, while evidence pointed out to a possible revenge act between organized crime linked with drugs.

Martin Steltner, the spokesman for Berlin's Prosecutor's Office, said Tuesday that the driver killed in the explosion in a moving car was a 43-year-old Turkish citizen who was living nearby.

Speaking to Turkey's official Anadolu Agency correspondent, Steltner said that the explosion was probably caused by a bomb planted in the car. He added that the investigation currently underway is trying to find out whether organized crime was involved in the accident or that the driver himself was targeted.

German press named the dead driver as Mesut T., who reportedly has done jail time in Poland for crime related drugs and has recently had troubles with the Russian mafia.

The blast caused by an explosive device "on or in the vehicle" occurred during morning rush-hour traffic on Bismarckstrasse, within sight of the Victory Column monument. The explosion flipped over the vehicle, leaving its front severely dented and debris strewn several meters away. No other injuries were reported, although the car rammed into a parked vehicle.

"There was an extremely loud bang and you could feel a tremor from a kilometer away," a witness told Berlin's BZ newspaper.

Police tweeted video footage of the scene of the explosion as officers checked to see if there were any further explosives. In the clip, an officer warns nearby residents to stay away from their windows and keep doors closed. They later gave the all-clear after completing a sweep for further explosives.

"(The) explosion occurred inside or on the vehicle," said Carsten Mueller, deputy chief spokesman for Berlin police. "Our investigators are working on the assumption that it was an explosive device that caused this," Mueller told The Associated Press.

The Volkswagen Passat station wagon was heading downtown when the explosion struck close to the subway entrance to Deutsche Oper station, in front of one of Berlin's three opera houses.

The city has seen a spate of violence linked to biker gangs involved in the drugs trade in recent years.