German spy sentenced to 8 years for passing secrets to CIA 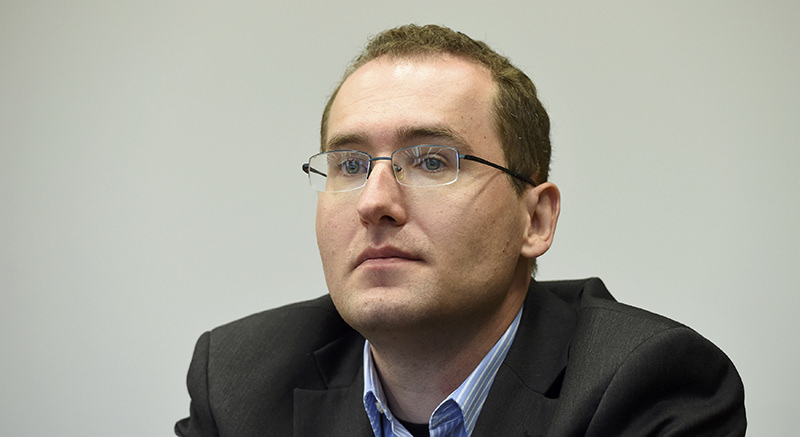 Defendant Markus R, a former employee of Germany's foreign intelligence agency (BND) arrives for his trial for espionage in a courtroom in Munich, Germany, in this November 16, 2015 file picture (Reuters Photo)
by Mar 17, 2016 12:00 am

A German court sentenced a former intelligence worker to eight years in prison on Thursday for treason and betraying state secrets by giving the U.S. Central Intelligence Agency (CIA) over 200 secret documents.

The arrest in 2014 of the man, identified as Markus R., cooled relations between Berlin and Washington, close allies during the Cold War and afterwards, and followed revelations that the U.S. National Security Agency (NSA) snooped on Germany.

The 32-year-old, a former office administrator at the headquarters of Germany's BND foreign intelligence agency near Munich, was found guilty of passing information to the CIA from 2008 until mid-2014 in return for 90,000 euros ($101,754.00).

Markus R., who had "top secret" clearance, passed on a database containing personal details of more than 3,000 BND employees as well as other information.

This threatened Germany's external security and BND operations, Judge Reinhold Baier said in the verdict, as the CIA used the material to exert diplomatic and political influence.

The BND was not able to collaborate with an unnamed Middle Eastern security service because of this, the judge said.

During his trial, Markus R. told the court he was bored at work and lax controls meant he felt he was running no risk.

He also provided the Americans with details on the BND's structure, activities, deliberations and collaboration with foreign spy agencies, prosecutors said during the trial.

They said the CIA gave him a laptop computer with a special email program, which he used to send almost weekly updates.

In mid-2014, Markus R. handed over three documents to the Russian consulate in Munich, which also presented a security risk to Germany, they said.

Markus R. was arrested after his employer intercepted an email in which he asked the Russian secret service for work.

Questioned about this upon his arrest in July 2014, he acted surprised, prosecutors said. "Why the Russians? I'm working for the Americans," he told them.

Markus R. began working for the BND in December 2007 and soon afterwards offered help to the CIA, prosecutors said.

From May 2008 until his arrest, he worked in a department responsible for the protection of soldiers serving abroad and had access to sensitive material.