Germany has gradually shifted away from welcoming culture to refugees, Merkel ally says 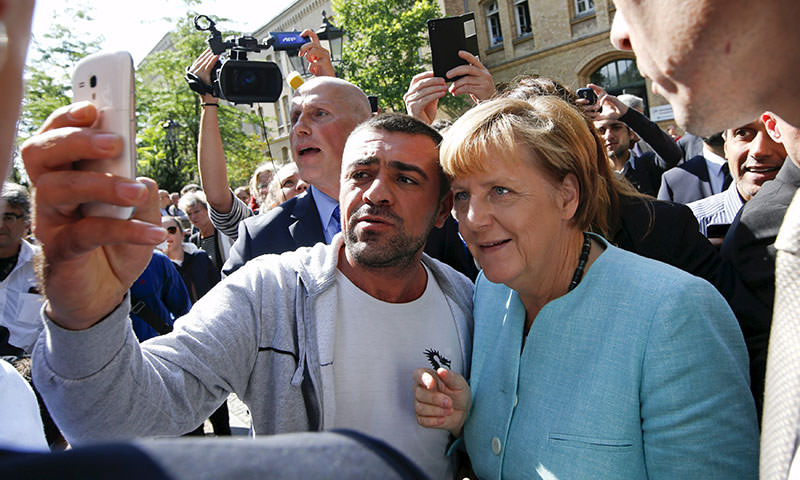 German Chancellor Angela Merkel's government has done an about-turn on its refugee policy and has gradually shifted away from its welcoming culture, the leader of her Bavarian allies told a newspaper.

Merkel opened Germany's borders to refugees last summer and at that time Germans applauded newcomers arriving at the train station in Munich but, as the mood towards migrants has shifted, she has stressed that the number coming needs to be reduced.

"The federal government has completely changed its refugee policy, even if it does not admit that," Horst Seehofer, leader of the Christian Social Union (CSU), the Bavarian sister party to Merkel's Christian Democrats (CDU), told Bild am Sonntag.

"There has been a creeping withdrawal from the unconditional welcoming culture. Despite the images from the Greek-Macedonian border no German politician today says: 'The borders are open, let everyone come to Germany'," he added.

A senior member of the opposition Greens, Anton Hofreiter, also accused Merkel of changing tack, telling Rheinische Post newspaper the chancellor had "given up her humanitarian approach" by supporting a deal between the European Union and Turkey that aims to stop illegal migration flows to Europe.

Bavarian premier Seehofer has insisted the country should cap the number of refugees it accepts at 200,000 per year - a demand Merkel has rejected as she bets instead on a European solution to the crisis.

He said the fact the number of refugees coming to Germany had now fallen was solely due to other countries seeking to reduce the influx but that could not be the ultimate solution.

Still, it would mean that his suggested cap of 200,000 probably would not even be reached this year, he added.

Merkel's CDU, and the CSU, which takes a tougher line on immigration, have repeatedly clashed on how to tackle the migrant crisis and the conflict has escalated in recent days, with a senior CSU lawmaker causing upset by calling for all CDU members who sympathised with Merkel's refugee policies to leave her party and join the left-leaning Social Democrats and Greens.

Bild cited sources within the conservative faction as saying senior members of the CDU/CSU parliamentary group would meet in the second week of April to consult on a joint strategy in the refugee crisis.

Seehofer said the Bundestag lower house of parliament should be given the chance to vote on the EU-Turkey cooperation deal as well as on the government's refugee policy in general.

A survey for magazine Der Spiegel showed around two-thirds of Germans were unhappy with Merkel's refugee policy.

Deputy Finance Minister and senior CDU member Jens Spahn, a vocal critic of Merkel's refugee policy, told the same magazine his party had "perhaps put too much emphasis on the humanitarian approach".

He said the policy of waving people across the borders had given the impression that all people had to do was board a boat to Europe and they would end up in Germany, Austria or Sweden, adding: "We should have said earlier: 'That's not how it works'."