Turkish Airlines cancels flights to Brussels until Friday after blasts 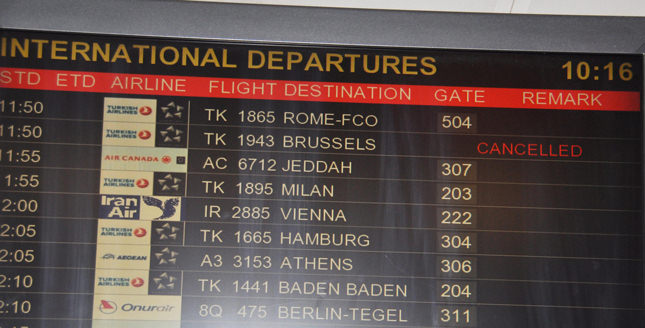 Reciprocal flights by Turkish Airlines between Turkey and Brussels' Zaventem Airport have been cancelled until Friday after explosions.

Turkey's national flagship carrier on Tuesday cancelled scheduled flights to Brussels until Friday after the city's main airport and subway was rocked by two explosions.

Reciprocal flights between Turkey and Brussels' Zaventem Airport have been cancelled until Friday, Turkish Airlines (THY) announced.

Multiple explosions hit the airport and subway in Brussels Tuesday morning, and according to preliminary reports left at least 26 people dead and 136 others injured, local media reports said.