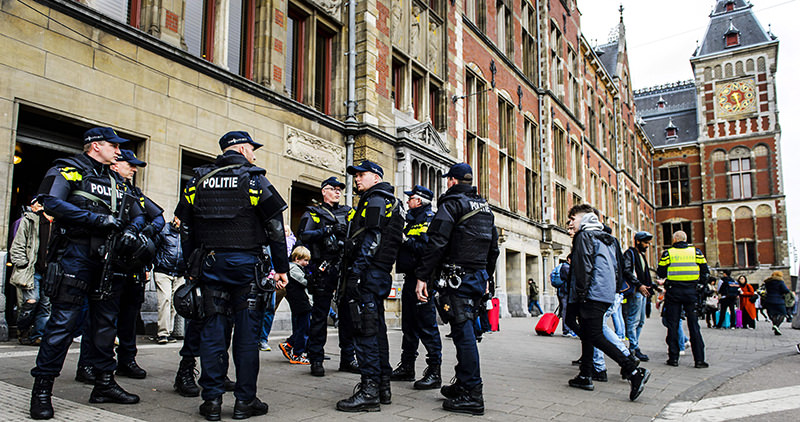 Dutch officers carry out extra patrols at the Central Station in Amsterdam, The Netherlands, 22 March 2016 following the triple bomb attacks in the Belgian capital that killed about 35 people. (AFP Photo)
by Mar 23, 2016 12:00 am

Dutch military police protecting borders and high-risk sites will be armed with heavier weapons in response to the attacks in Brussels, security authorities said on Wednesday.

The Netherlands' National Coordinator for Security and Counter-Terrorism (NCTV) agency did not elaborate on what sort of arms the officers would be carrying.

But it said the measure would apply to forces guarding government ministries, parliament and Jewish institutions, as well as at border crossings and major transit points.

The Netherlands on Tuesday said it was increasing security at train stations and airports after Daesh terrorists detonated bombs at Brussels airport and an underground railway station, killing at least 31 people.

The Netherlands and neighbouring Belgium are part of the European Union's 19-nation Schengen open-border zone, but in recent months the Dutch have stepped up frontier patrols in response to an unprecedented flow of refugees from Syria.