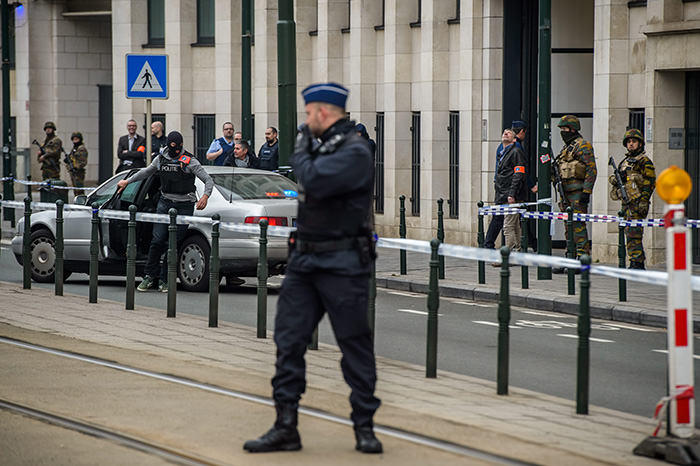 Police officers stand guard outside the court where suspect Salah Abdeslam (non pictured) is expected to make an appearance, in Brussels, Belgium, 24 March 2016 (EPA Photo)
by Mar 24, 2016 12:00 am
Belgian public broadcaster VRT said on Thursday that Paris attacks suspect Salah Abdeslam, arrested last week, was planning a multiple shooting and suicide bomb attack in Brussels similar to those in Paris in November.

Citing no source, VRT said investigators believed Abdeslam and two others, one of them a man arrested with him on Friday, planned to use assault rifles and riot guns to cause mass casualties in Brussels while others would blow themselves up.

"The terrorists were planning the same scenario as in Paris, only it partially failed," VRT said, two days after three suicide bombers killed at least 31 people at Brussels airport and on the city's metro.