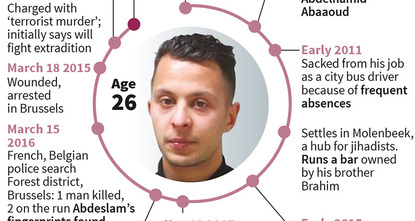 Three days before this week's Brussels attacks, police showed photos of the suicide bombers to Salah Abdeslam, whom they had just arrested for his part in the November Paris killings, and failed to challenge his claim not to know them, a report said on Friday.

French newspaper Le Monde said it had based its report on the minutes of two hours of interrogation on March 19, the only questioning Abdeslam faced between his arrest a day earlier and the attacks three days later.

News channel BFM TV also cited from the minutes of the questioning of Abdeslam, which took place at the federal police headquarters in Brussels. Reuters did not see the minutes and could not independently confirm either report. 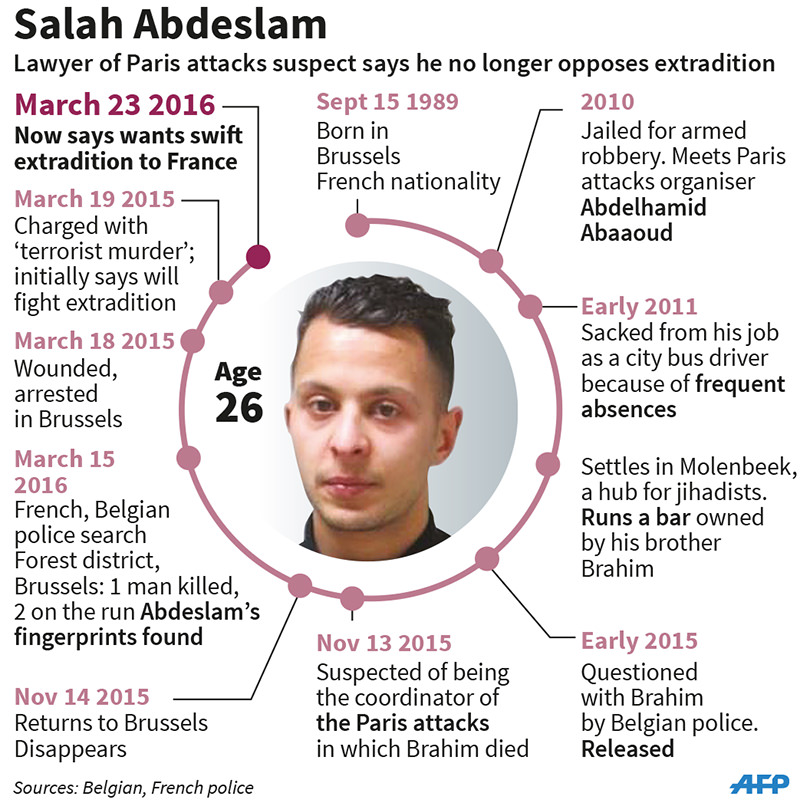 Le Monde said the interviewers focused heavily on the events of Nov. 13 in Paris in which 130 people died, rather than on future plans.

Police arrested Abdeslam after they found his fingerprints in an apartment they raided in Brussels' Forest district on March 15 that had been rented by one of the Bakraoui brothers under a false name.

Turkey's president this week criticised Belgium for failing to track the brothers -- Brahim, a convicted Belgian armed robber whom it deported last year and who blew himself up at the airport on Tuesday, and Khalid, who set off his suicide vest at a metro station in the city centre an hour later.

Belgium's prime minister on Thursday rejected resignations by the interior and justice ministers over the failures.

Abdeslam is also believed to have driven the car that brought the third Brussels suicide bomber, Najim Laachraoui, to Austria from Hungary in September last year.

According to Le Monde, Abdeslam was shown photographs of the Bakraoui brothers the day after his arrest and replied "I don't know them". It said he was not pressed on the subject after that.

BFM TV said Abdeslam was shown a photo of Laachraoui and similarly denied knowing him.

At least 31 people died in the March 22 Brussels bombings at the airports and in a metro car.

Like the Paris attacks, they were claimed by Islamic State, and the killings have raised renewed questions about EU states' ability to respond in an effective, coordinated way to the Islamist militant threat.

In the interrogation Abdeslam repeated a claim made to a magistrate that he had backed out of his Paris role as a suicide bomber at the last minute, according to the reports, and said that his part in the attacks was a secondary one as driver and procurer of vehicles and accommodation.