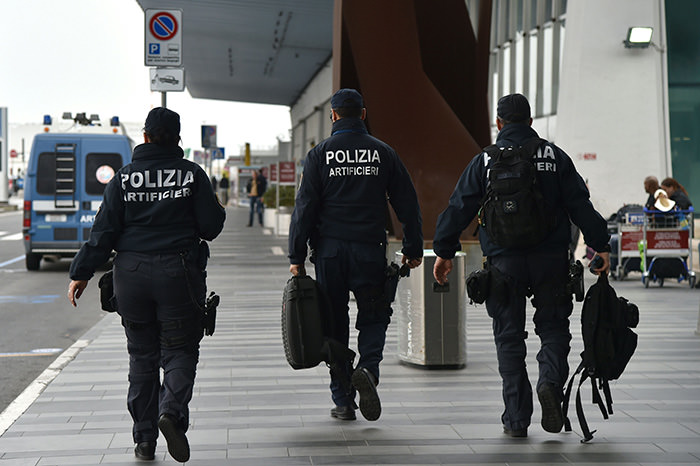 |AFP Photo
by Mar 25, 2016 12:00 am
A fugitive inmate and the female guard who helped him escape from a Swiss prison were arrested Friday in northern Italy, police said.

The guard, 32-year-old Angela Magdici, had fallen in love with 27-year-old Syrian national Hassan Kiko, who was in prison for a rape case that is pending appeal.

According to Swiss investigators, she let him out of his cell in Limmattal prison near Zurich one night in early February and drove him away in her car.

The two were arrested in the early morning hours in Romano di Lombardia, a small town east of Milan. Italian police also found the getaway car.

The fugitives were caught only four days after video messages that they had recorded were published by Swiss newspaper 20 Minuten.

"I did it out of love," Magdici said in the video that was apparently addressed to her family. "Hassan is the man of my life."

Magdici's husband has told Swiss media that she left him and moved out of their home a few months before the escape.