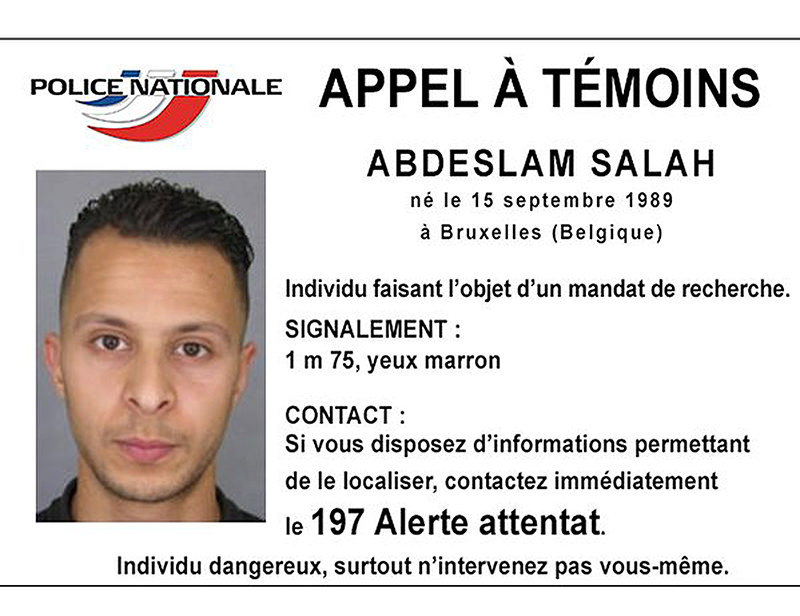 Handout file picture shows Belgian-born Salah Abdeslam on a call for witnesses notice released by the French Police. (REUTERS Photo)
by Apr 14, 2016 12:00 am

Germany's domestic intelligence agency denied on Thursday its head had told German lawmakers a prime suspect in the Paris attacks had documents about the Juelich German nuclear research center.

The Redaktionsnetzwerk Deutschland (RND) media group had cited sources in a parliamentary committee as saying BfV intelligence agency chief Hans-Georg Maassen had told the committee in March about the documents on Juelich.

"This is not right," a BfV spokeswoman said. "We have no information about this. Our president Maassen never talked to any members of parliament."

The media group had reported that printouts of articles from the internet and photos of Juelich chairman Wolfgang Marquardt had been found in the apartment of Salah Abdeslam in the Molenbeek area of Brussels.

Abdeslam, who born and raised in Belgium to Moroccan-born parents, was arrested on March 18 in the Belgian capital and four days later, suicide bombers killed 32 people in Brussels airport and a metro train.

The 26-year-old is now in Bruges prison awaiting extradition to France over his suspected involvement in the Nov. 13 shooting attacks in Paris.

Concerns that Islamist militants are turning their attention to the nuclear industry's weak spots have risen since the Brussels attack.

Juelich is near the Belgian border and atomic waste is stored there. The center said in a statement there was no indication of any danger and that it was in contact with security authorities and nuclear supervisors.

RND reported that Maassen had informed the committee in charge of monitoring German intelligence agencies whose meetings are confidential. Two committee members also told Reuters that they had not been informed about the matter.