Int’l organizations urge US to close Guantanamo amid rights violations 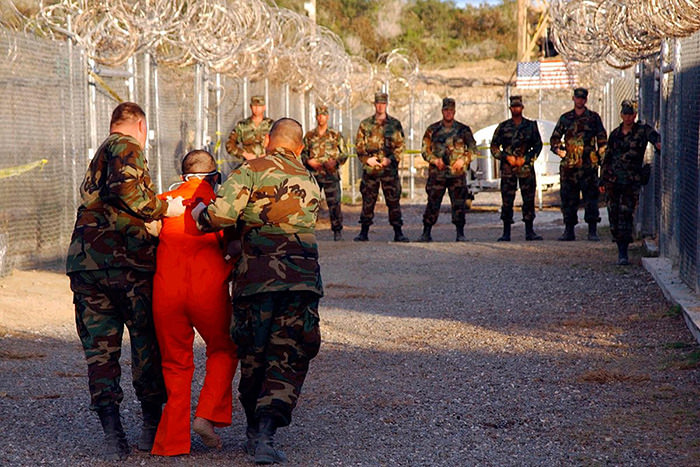 As U.S. President Barack Obama has long promised to close the Guantánamo Bay detention facility, different international human rights organizations, including Amnesty International and the United Nations, have called on the U.S. government to speed up the process and to "end impunity for abuses."

Amnesty International has criticized the U.S. for holding detainees in a place where "neither U.S. nor international law applies." Human Rights Watch (HRW) says many of the detainees at Guantanamo have been held there for almost 14 years, and there has been no charge or trial, in violation of international law. "The administration should either prosecute detainees in courts that comport with fair trial standards, or transfer them to safe home or third countries," HRW said in a report published in February.

Two detainees from the U.S. prison at Guantanamo Bay, Cuba, were recently transferred to Senegal, the Pentagon announced yesterday, which has been interpreted by Laura Pitter, a senior national security lawyer at HRW, as a step forward for U.S President Barack Obama's plan to close Guantanamo.

The latest transfers mean the remaining population at the controversial jail now stands at 89. Of those remaining, 35 have been approved for release to other countries, though the complex process is only completed after rehabilitation and monitoring measures are implemented. Obama's promise to close Guantanamo still faces stiff opposition from many Republican lawmakers, as well as some of his fellow Democrats. Obama had promised, on his second day in office in 2009, to close the Guantanamo prison within a year.

In February, the president presented Congress with a new closure plan for Guantanamo, which he says serves only to stoke anti-U.S. resentment and fuel extremist recruitment. But the plan is likely doomed. Republicans continue to oppose the jail's shuttering, especially because Obama wants to transfer the highest-risk detainees to a site in the United States.

Human Rights Watch said the Pentagon needs to accelerate its pace of transferring detainees if Obama is to close Guantanamo before he leaves office in January 2017. Guantanamo prisoners were rounded up overseas when the United States became embroiled in wars in Iraq and Afghanistan following the Sept. 11, 2001, attacks on New York and Washington. The facility, opened by Obama's predecessor George W. Bush, came to symbolize aggressive detention practices that opened the United States to accusations of torture. In all, it has housed about 780 inmates over the years. According to HRW, nine Guantanamo detainees died in custody, while six were reported to have died by suicide.

In a report published by Amnesty USA, detainees were said to have been subjected to a wide range of interrogation tactics which includes "stress positions, sensory deprivation, prolonged isolation, forcible shaving and using individual phobias" that constitute ill-treatment. The same report also said that indefinite and arbitrary detentions have caused numerous suicide attempts, and have diminished American reputation abroad.

Other serious concerns related to human rights issues in the U.S. are police killings, gun control and racial profiling towards minorities.

HRW criticized the "discriminatory and unfair investigations and prosecutions of American Muslims" in World Report 2015. The same report said racial disparities in criminal justice contributed to the outrage in Ferguson, where a policeman killed an unarmed 18-year-old African American Michael Brown.

The report issued by China's Cabinet's State Council Information Office yesterday also cited gun crime and the excessive use of force by police. It says no substantial progress in the economic and social rights of U.S. citizens had been made in the past year. The report says the U.S. was also guilty of rights violations outside its borders, citing estimates of civilian deaths in Iraqi and Syrian airstrikes and the monitoring of foreign citizens' communications.