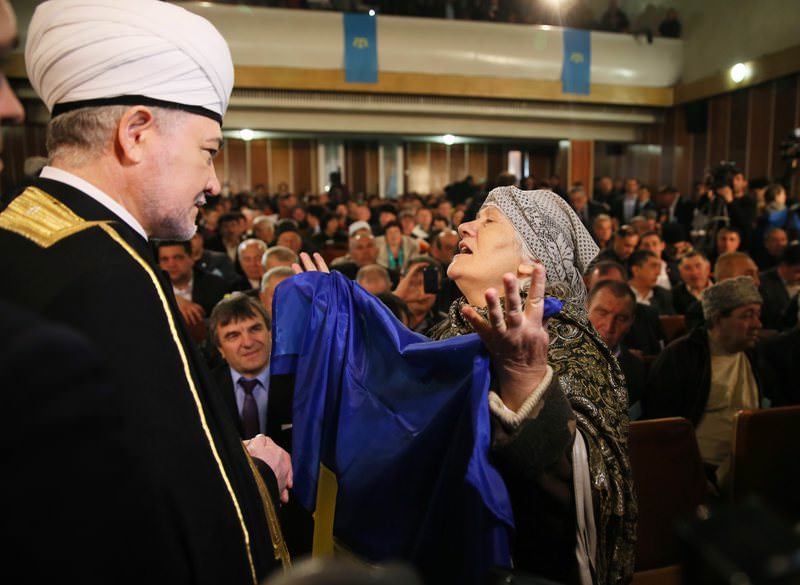 The Russian authorities in Crimea on Wednesday banned the governing body of the Crimean Tatar community, the Mejlis, in a move slammed by international rights group.

The Mejlis, a respected decision-making body of the Crimean Tatar minority on the Black Sea peninsula that Moscow annexed in March 2014, has resisted Russian rule and operated under pressure, with many key figures banished from the region.

On Wednesday, Crimea's prosecutor Natalia Poklonskaya, who has long accused the organisation of various wrongdoings, said she has decided to "halt the activities of the Mejlis" because its goals are "extremist activity" and "destabilisation."

The Mejlis is "banned from using all state and municipal media, hold mass events, use bank accounts and carry out any activities," she wrote.

Amnesty International said in a statement the decision was "aimed at snuffing out dissent" and "demolishes one of the few remaining rights of a minority that Russia must protect instead of persecute."

It added that the Crimean Tatars have "borne the brunt of Russia's clampdown in the region," with at least six people disappearing and one found dead in 2014.

Turkish Foreign Ministry spokesman Tanju Bilgiç described the move as being "against justice and human rights.

"We regard the lawsuit as a new link of the oppression and suppression acts of the existing authorities in the peninsula towards Crimean Tatars, who are the primary components of Crimea."

He said Turkey would continue "to support-under all circumstances-the protection of the legitimate rights and existence of Crimean Tatars in the peninsula".

The Council of Europe, an international rights body which works closely with the European Union, also voiced concern.

"I strongly urge that no action is taken to restrict the Mejlis' activity or to label it extremist," said the Strasbourg-based body's secretary general, Thorbjorn Jagland.

"The Mejlis must be able to continue its activities in Crimea. The human rights mission I sent to the peninsula in January raised this issue and I immediately expressed my concern to Foreign Minister Lavrov.

"This situation is urgent and, as our recently published human rights report makes clear, banning the Mejlis would discriminate against the whole Crimean Tartar community and is therefore unacceptable."